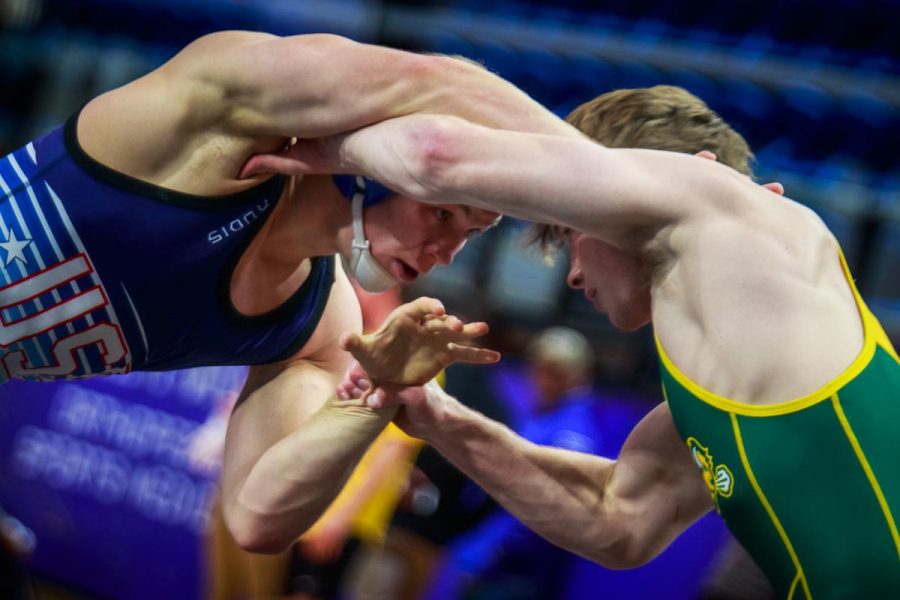 After two tournaments, the No. 16 ranked South Dakota State wrestling team will have its first dual of the season Nov. 17, when they host the No. 6 Minnesota Golden Gophers at Frost Arena.

Minnesota defeated Air Force 29-6 in their first dual of the season, losing only two of the 10 matches.

“Our brand right now is just as impressive as a Big 10 school.”

The top match between SDSU and Minnesota will be No. 1 Seth Gross and No. 6 Mitch McKee in the 133-pound weight class. Bono said he thinks this will be tough for Gross.

“They have wrestled a lot in the past and Mitch had a win over Seth a couple years back, but Seth is our guy,” Bono said.

The Gophers have six wrestlers ranked in the top ten compared to only three for the Jacks. Bono said that he thinks that will make things tough for his team.

This will be the second consecutive year the Jacks will host a Big Ten team. Last year they fell to Iowa 28-9, but it was sold out. Bono is hoping for the same thing against Minnesota.

“We want it big, loud and wild,” Bono said. “The goal is to have every event as big as it was and sold out like Iowa and, personally, I feel like we are well on the way to that.”

The dual is scheduled to start at 7 p.m.