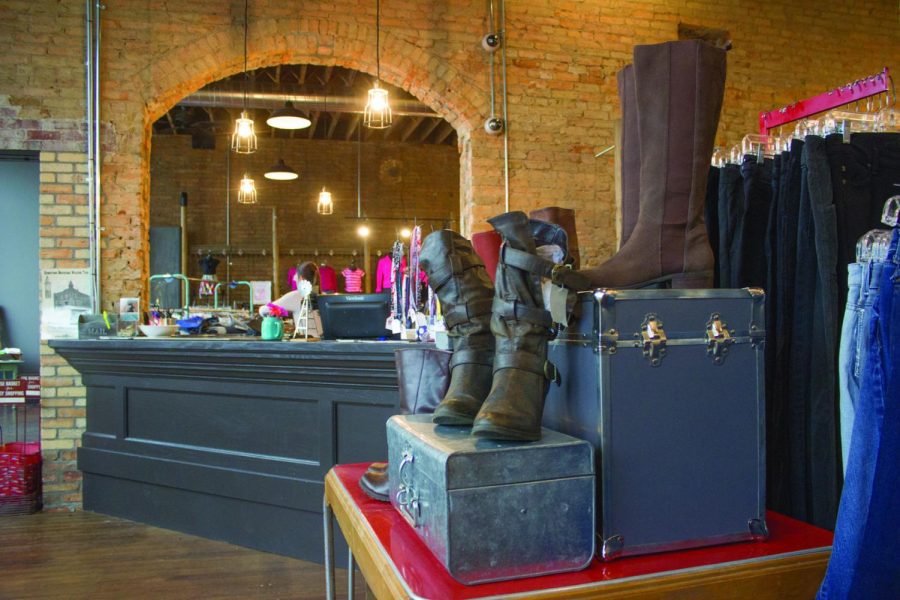 Trendz recently moved from their location on 314 Main Ave and now located on the ground floor of the historic Masonic Lodge at 225 ½ Main Ave.

The building went up in 1884 and is listed on the National Register of Historic Places and is in the Brookings Commercial Historic District.

Owner of Trendz, Sara Rowland, saw the chance to be a part of Brookings’ historical past and decided to take it.

“The opportunity presented itself to us. My husband and I have some historical passion and this opportunity was it,” Rowland said.

Rowland’s husband, Les, is an architect and owner of Design Arc. He is also a chair of the Historical Preservation Commission in Brookings. He worked alongside Clark Drew Construction to ensure the historical integrity of the building during renovation.

The grand opening for their new location was on June 9. It has been a successful move and according to Rowland and Trendz manager Jenna Lundgren, they have seen phenomenal business.

“We have incredible community support. We’ve moved four times and through all the transitions we grew each time,” Rowland said.

Their store is unique to other consignment stores. It feels more like a retail store and that is exactly what Rowland was going for. They take what they already have and create an environment to what their vibe is.

Their vibe, according to Rowland and Lundgren, is very trendy and they look for the hottest trends; hence, the name of the store. Lundgren has been manager for six years and has seen the store grow and become what it is today.

“It’s been so fun as we transition each time to see the growth and response,” Lundgren said.

Even with all of these moves, Lundgren said that Rowland has managed to keep her same vision for the store.

“She’s stayed consistent in keeping the best product and the best service for the customers,” Lundgren said.

Since the store is a consignment store, it means they sell second hand items. Trendz has specific guidelines for their store. They have a list of things to consider before customers present their items. They require that the items not be in poor condition and they must be clean and intact.

They also list several benefits of consigning with Trendz. They offer all consignors a bonus of 10 percent off their purchase when they use accumulated credit to shop at Trendz.

Rowland and Lundgren are very excited for their new location and have had a lot of positive feedback because of it. Even though the building doesn’t give them more space than before, it does give them a better use of their space and more parking opportunities.

They also have a staff, which consists of many SDSU students, that is enjoying the new location. According to Lundgren and Rowland, they get a large crowd of students and faculty from SDSU to the store. They also give praise to the downtown community.

“It would be such a different place without SDSU,” Lundgren said. “There are a lot of great businesses downtown and we’re glad to be a part of it.”

People can follow Trendz on Twitter and Facebook to stay updated with the store and watch for promotions online. They will highlight certain high demand items, such as premium denim from Buckle, Banana Republic, Rock Revival, Miss Me and much more. They also carry other name brands including Nike, Athleta and Under Armour.