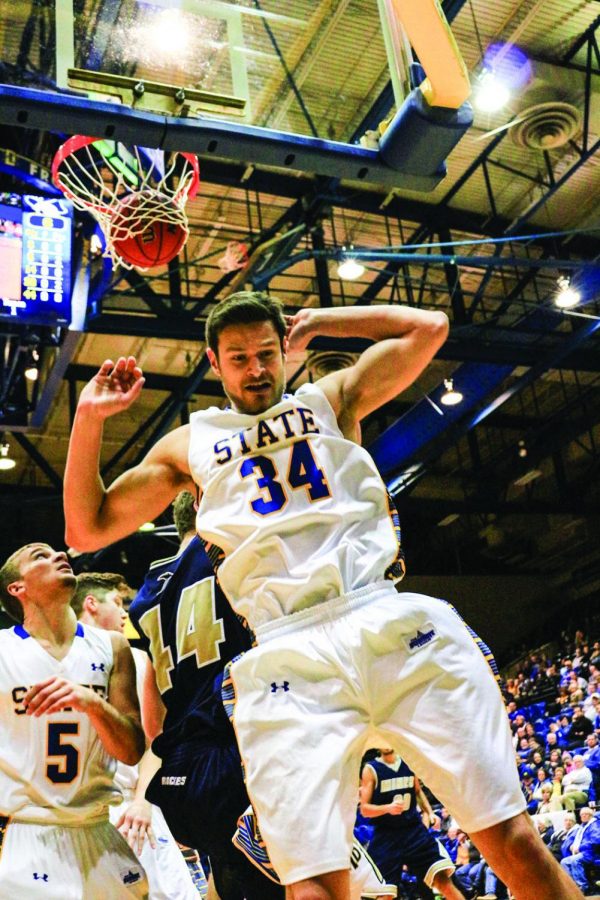 Even head coach Scott Nagy may be lying awake thinking about this one as Cody Larson is his only returning starter. Junior college transfer Deondre Parks looks ready to assume the point guard duties and energize the offense though, making him an easy choice. If he’s healthy, Jake Bittle can be one of the top guards in the league according to Nagy, so look for him in the two-guard position. Meanwhile, Reed Tellinghuisen put up big numbers in the second exhibition game to distance himself from competition and likely secure a starting role. With all the youth and new faces on the roster, Zach Horstman looks to be the safe call to round out the starting five. His numbers haven’t been flashy so far, but unless Nagy wants to go big with Connor Devine, Horstman will bring a lot of experience and leadership into Buffalo, N.Y. on Friday.

Larson plays up to the potential that brought him to the University of Florida as a four-star recruit while George Marshall joins the team in December and lives up to and beyond his hype, joining Parks in what already is a dangerous backcourt with a healthy Bittle. By February, the SDSU backcourt is unanimously regarded the best in the league and the Jacks roll through the month seizing the regular season title. With players learning to play with each other as they go and a young bench that has made leaps and bounds as the year has progressed the Jacks win the Summit League Tournament. They advance to the NCAA Tournament and upset the “other” SDSU in the first round to play for a chance at the Sweet 16. Larson joins Nate Wolters in the NBA while Marshall prepares to join them next year.

The balloon of hopes and expectations pops. Whether due to foul trouble or injury, Larson fails to live up to the All-Summit League expectations. Meanwhile, the rest of the team battles with  inexperience on the court and with each other. Marshall gives them a boost, but it is not enough to help their inexperienced roster to the Summit League Championship and SDSU instead continues their fall from Nate Wolters’ era.