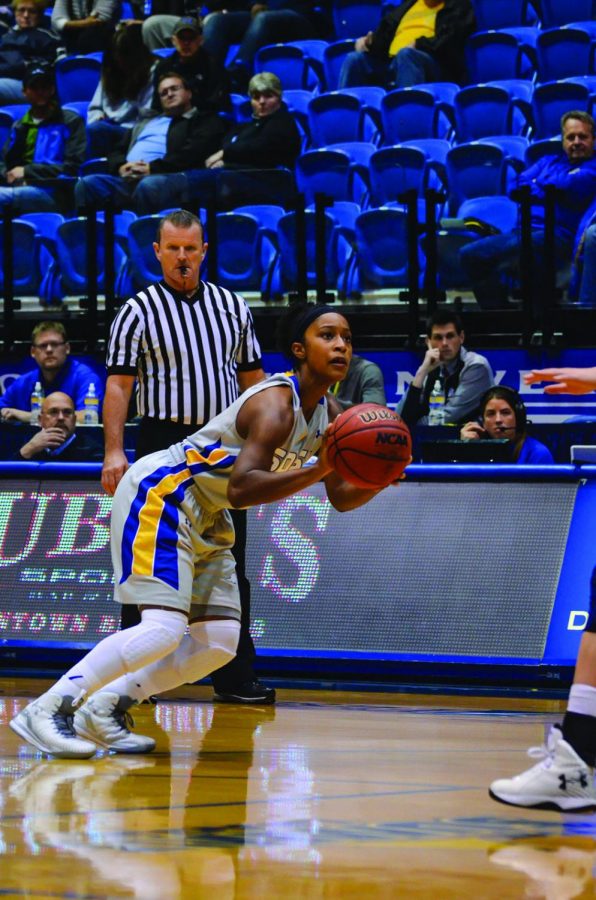 This group started both exhibition games and there is no reason to expect anything different against Brigham Young University. Last year’s leading scorer Megan Waytashek along with Mariah Clarin are returning starters. Ever since last spring, sophomores Chynna Stevens and Kerri Young have looked to be the answers to fill the two openings in the starting lineup and they have done little to dissuade Johnston in their performances so far. With Gabby Boever out for a while, it looks like true freshman Macy Miller will fill the void at point guard. Miller has gotten the most exhibition minutes and looks to be the most complete player at this point. A dark horse candidate to start would be true freshman forward Ellie Thompson who has been in double figures scoring for both exhibition games, but it still seems unlikely that she will be able to boot Clarin or Stevens from the lineup.

It has been debated that this might be head coach Aaron Johnston’s most talented team yet, and the Jacks prove that this year, bringing players off the bench who might be starting for Summit League foes. Waytashek earns Summit League Player of the Year honors as she helps guide the Jackrabbits to regular season and tournament championships in the Summit League, all while preserving SDSU’s home winning streak. In the NCAA Tournament the Jackrabbits finally capture their first tournament win since 2008 and then a second win, making the Sweet 16.

Potential does not equal results. A somewhat complacent SDSU team finds its way to a mediocre finish as Stevens and Young face sophomore slumps while inexperience haunts the Jackrabbits in the backcourt when Boever is slow to return from injury. The injury bug strikes several other players, costing SDSU a conference crown after the Jackrabbits finish middle of the pack in the regular season and are bounced early in the Summit League Tournament. The Jacks still find their way to the WNIT with their overall record and strength of schedule, but with the team just needing to restart and refocus they fail to duplicate 2014’s magical run.

They face a tough schedule, but I think their over under is 25 wins and one NCAA Tournament win. The talent is there.