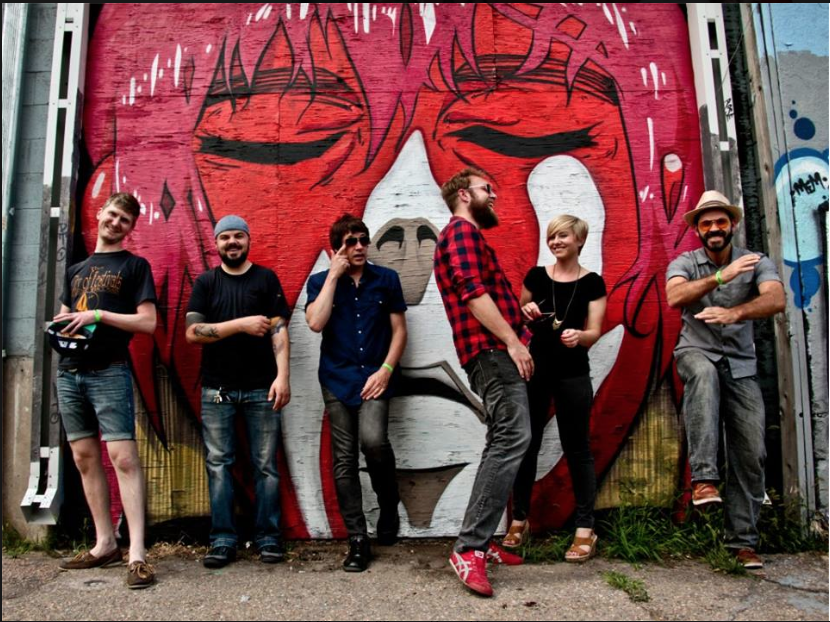 Before the rush and stress of finals set in this weekend, KSDJ, in collaboration with University Program Council, is hosting a May Day Music Festival to allow students a break from studying and community members to welcome the summer season with a night of music and food.

Christina Boerger, the station manager for KSDJ and senior consumer affairs major, said the event will be a great opportunity for students.

“It’s going to be fun,” Boerger said. “I can’t even stress how awesome it’s going to be … honestly, it’s free entertainment and people complain about not having enough to do that if an event comes around, why would you not go to it? … It’s a good way to unwind, and if the weather’s fantastic it will be beautiful outside. Listen to music, eat food and hang out with friends.”

The festival will be hosted at the Sylvan Outdoor Theatre by the campanile from 4 p.m. to 11:30 p.m. Friday, May 1. Food will be available for purchase. The event will feature a photo booth set up by the Theatre club, flowers sold by the horticulture club, displays of some students’ artwork and inflatables provided by UPC for kids and the young-at-heart to enjoy.

The night’s line-up features 10 different artists from all different genres.

Jamie Lynn, a folk-Americana artist based out of Rapid City and the Black Hills is one of the artists performing at the music festival. Lynn tours around the Midwest Region including South Dakota, Wyoming and Iowa. Once a year she will travel to another part of the country and tour there as well.

up an audience, so when I leave the state that’s usually where I go,” Lynn said about her tour schedule in an interview with Bobbi Egbert, a KSDJ DJ, Friday.

Although Lynn attended the University of South Dakota for a degree in classical voice, she decided teaching or singing opera was not for her.

“Luckily, by the time I finished college, I figured out what I wanted to do with my life and a year later I was able to quit my day job and play full time,” Lynn said. “It [transitioning into a full-time musician] was very gradual and I hardly realized it was happening to me.”

Along with professional musicians and bands, the festival will also feature SDSU students.

“It’ll be really cool,” Boerger said. “There will be SDSU students, and bands from Vermillion, Minneapolis and even California. It’ll be an interesting hodgepodge of artists and music.”

Natalie Bollin, a freshman pre-pharmacy major and avid music lover and concertgoer, plans to attend the May Day Music Festival.

“I’m going to the festival because I know Communist’s Daughter and I really like them … and also I just love music, especially when it’s free,” Bollin said.

Bollin said that the festival will be more of a “celebration of the end of classes” for her rather than a break as Boerger said because she has “yet to start studying.”

Boerger said the festival is a good opportunity to spread word about KSDJ and to bring the community together. She hopes to make the festival an annual event.