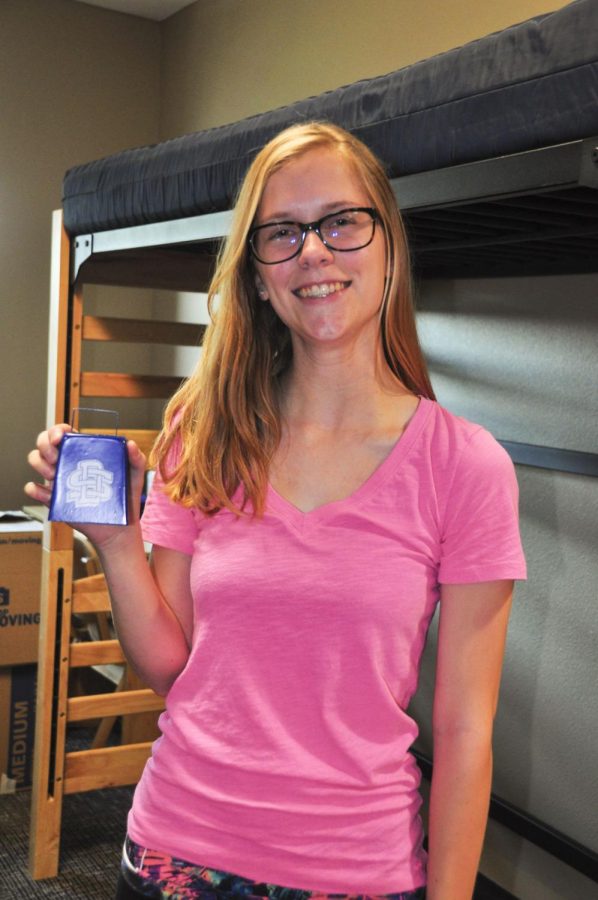 Barnyard Cadets, a name collecting dust for more than a century, was exhumed this year to coin a new student-lead organization.

BYC was formed through discussion and planning between eight SDSU students last February. Since its creation, the organization planned various events to strengthen the South Dakota State University community through reviving old traditions and creating new ones.

John Green, a graduate student in plant science and a founding member of BYC, said he believes the traditions BYC will implement will strengthen student engagement.

“In order to be more engaged you have to have ownership,” Green said. “We’re hoping that by being a part of these events and indoctrinating the history of SDSU into incoming classes will make an impact and help incoming freshmen take ownership immediately.”

BYC brought one tradition back to campus by giving SDSU cowbells to incoming freshmen on move-in day. BYC ordered 2,700 cowbells to hand out to freshmen. According to Green, around 2,300 freshmen received cowbells and the remaining cowbells are being sold at the Bookstore.

Kristi Bruening, a freshman pre-pharmacy major, said she felt encouraged to attend athletic events and cheer on the Jackrabbits because she was given a cowbell.

“It showed how they want us to have school spirit and have a voice, make noise and cheer on the school,” Bruening said.

Green said the significance of the cowbell claims its roots in SDSU’s rivalry with the University of South Dakota. USD students mocked SDSU as a “cow college,” and instead of succumbing to USD’s mockery, the students embraced the name and brought cowbells to the next football game to cheer on the Jacks.

Although cowbells are no longer allowed at any NCAA events, the cowbell still represents a special part of SDSU’s history and the cowbells received by freshmen last Friday symbolize their time at SDSU.

The first-ever game-day walk will occur before the first home game of the 2015 football season, Sept. 12, against the University of Southern Utah. BYC encouraged all students to participate in the game-day walks to symbolize the strength and unity of the student body.

“No other university has something where students actually come together like we will,” Green said, “and that’s what we’re trying to make it be about is that it’s symbolic of students banding together and focusing on their element and impact on the game.”

Each walk will begin outside of Larson’s Commons before each home game with students gathering two hours and 15 minutes before kickoff. The group will depart toward the tailgating area two hours before kickoff.

The Bummobile will lead the walk toward the north of the Union where the Pride will join the group of students walking toward the tailgating area.

Junior biology, pre-dental and speech communications major and member of BYC Caleb McKinley said he’s most excited for the game-day walks because it will encourage a sense of connection and community amongst the students participating.

“Having school pride and a sense of community with fellow Jackrabbits benefits students because it helps build an awesome community of passionate students and also gives students something to unify them,” McKinley said.

The fourth event BYC plans to bring to campus is the State Shout. Inspired by Texas A&M Midnight Yells, Green said BYC hopes to practice football cheers and chants for upcoming games at the State Shout.

BYC supports more than just athletics, as the Student Section Fan Club only represents one pillar of the organization’s mission. Green said the group wants to support elements from across campus that hold value for students.