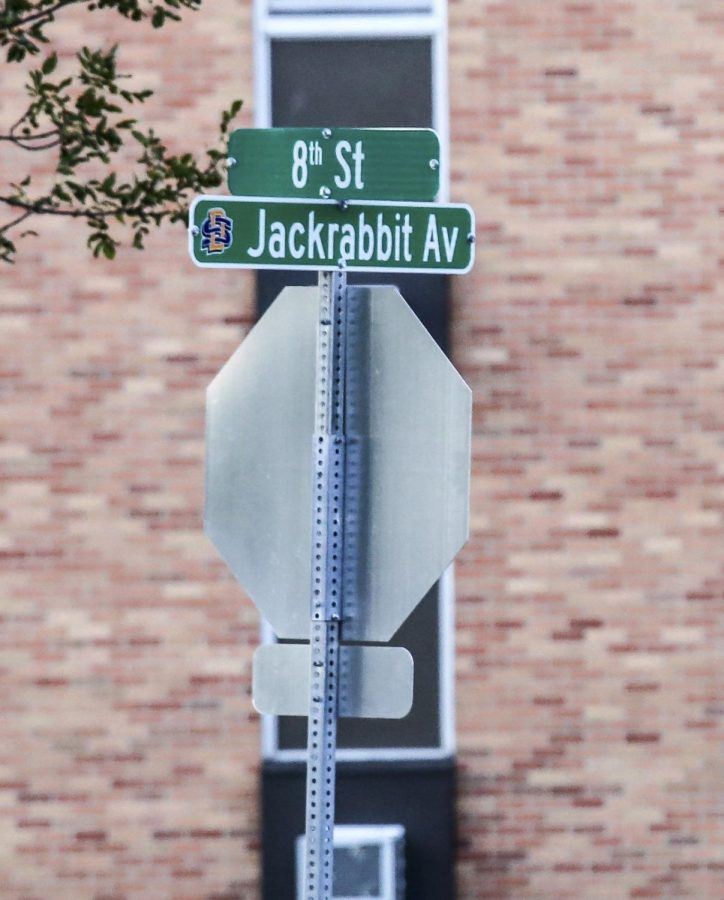 After a request to rename the streets surrounding SDSU campus was approved over the summer by the Brookings City Council, the new university-inspired street titles have freshmen feeling more at ease about where they are, but left other students doing double takes on the new signage.

“Based on security issues, they’re trying to focus on primary campus entrances, which is why they looked at the streets as perimeters,” Brookings Planning Administrator Dan Hansen said.

Per the school’s request, the decision went to city council to vote on, which would not only affect the names on the street signs if it passed, but it would also affect any residential or building address on that road.

“Generally, all the streets are on a plat and they name all of them so people can build buildings and houses [with street addresses] … SDSU petitioned the council to change the names of the streets around campus, and as a result some of the streets got changed that had been there for hundreds of years,” Hansen said. “The reason they came to the council is because some of the streets, like Jackrabbit Lane, had public addresses on them … [which would have been subject to change if it was passed because] houses retain the street name that the front door faces.”

The new street names are taken well by freshmen, who think they can benefit from the image the university has on incoming students.

“It (the street names) brought it all together more … you can tell when [campus] stops or when it’s not related to the school,” freshman university college major Reed Murray said. “I think the new street names would help new students—they’re not all the same [now]; it would be easy to mix up all the numbered streets.”

However, not all of the streets the school requested to be changed were approved by City Council. 8th Street, which the school originally requested be changed to South Campus Drive, was determined by the council to impact too many people’s addresses if it were changed, therefore it was left with its numbered name.

“The reason they didn’t approve everything they asked for was because many people were affected, such as 8th Street,” Hansen said. “[On the other hand], changing 16th Avenue was easy because it was a two-block stretch of road and there were only one or two addresses that had to be changed.”

These changes not only help define campus entrances better, but they also have integrated the school even more deeply into the city.

“I think they [the new street title] make the ties stronger with the city … [but] it doesn’t make it confusing. I think if you know campus well enough it shouldn’t make a difference, the names are just different,” Hansen said.

Aside from address changes that can mess up mail and shipping routes, there are other safety concerns that are considered before a street name can officially be changed.

“We want developers to keep the [street] names forever, because their primary purpose is for 911 services,” Hansen said, “and if they’re called, they need to know right where to go.”