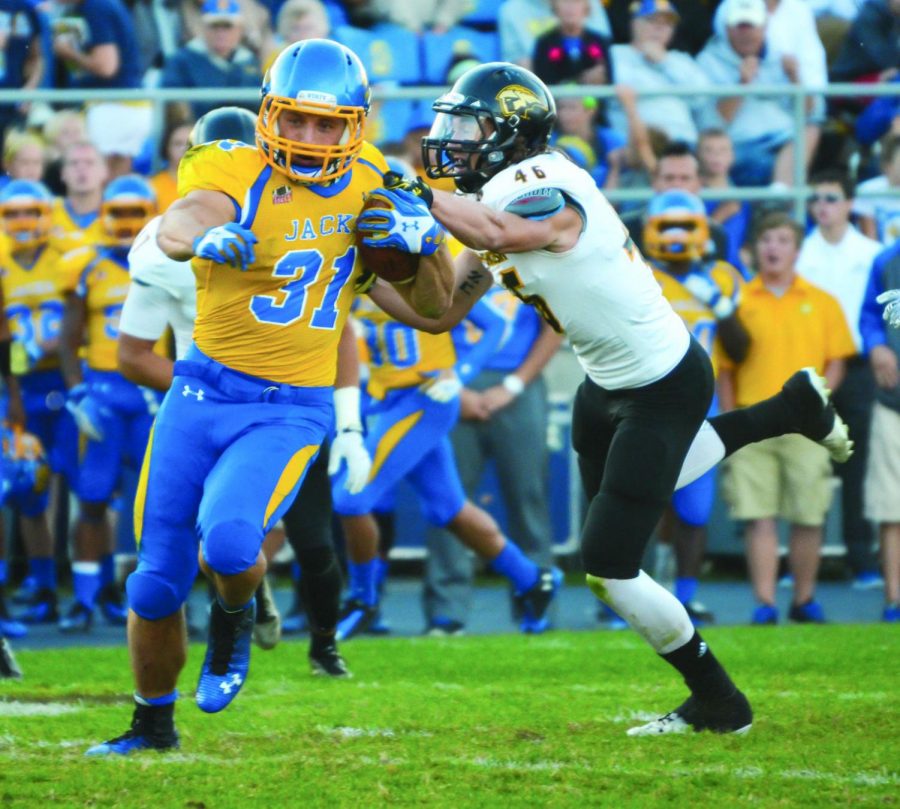 Medical school in Vermillion will have to wait, because Zach Zenner has some business to take care of for the next four months or so. NFL teams had to make their final cuts to pare their rosters down to 53 players, and the former SDSU star running back made the cut with the Detroit Lions, who signed him this summer as an undrafted free agent.

Zenner made the Lions’ roster as the fourth running back ahead of George Winn and Emil Iwenagu. He is slated behind returning lead back Joique Bell, second round draft pick Ameer Abdullah, and pass catching specialist Theo Riddick.

Zenner has made quite an impression in his short stint in Detroit, as he led the NFL in rushing yards during the preseason with 182 yards on 35 carries. He made multiple highlight reel plays, including a 41-yard run against the Jaguars and a three-yard rumble for a score in the same game where he carried multiple defenders over the goal line with him. Zenner also scored a game winning touchdown against Buffalo and had a scoring reception in the second week of the preseason against Washington.

After his performance in the exhibition games, reports surfaced that there was a fear within the Lions organization that if they tried to put Zenner through waivers to get him on their practice squad, another team would claim him. So instead of risking losing the new fan and team favorite, Detroit just put him on the 53-man roster.

Though he has made the team, don’t rush to grab Zenner off your fantasy league’s waiver wire. Odds are, he won’t dress for many games while the other three backs are healthy. Bell has been battling some knee problems, but his status for Week 1 is still up in the air. Even if he doesn’t see much time on the field, those who know Zenner know he will be working as hard as ever behind the scenes to improve.

Zenner finished his career at SDSU with the second highest career rushing total in school history with 6,584 yards. He also has the highest single-game rushing total with 295 yards, a number he reached twice, and the longest run in team history, a 99-yard scoring run against Kansas in 2012 in a Jackrabbit loss.

The Detroit Lions open their 2015 NFL season this Sunday at Ford Field against the San Diego Chargers at 3:05 Central. The game will be broadcast on FOX.