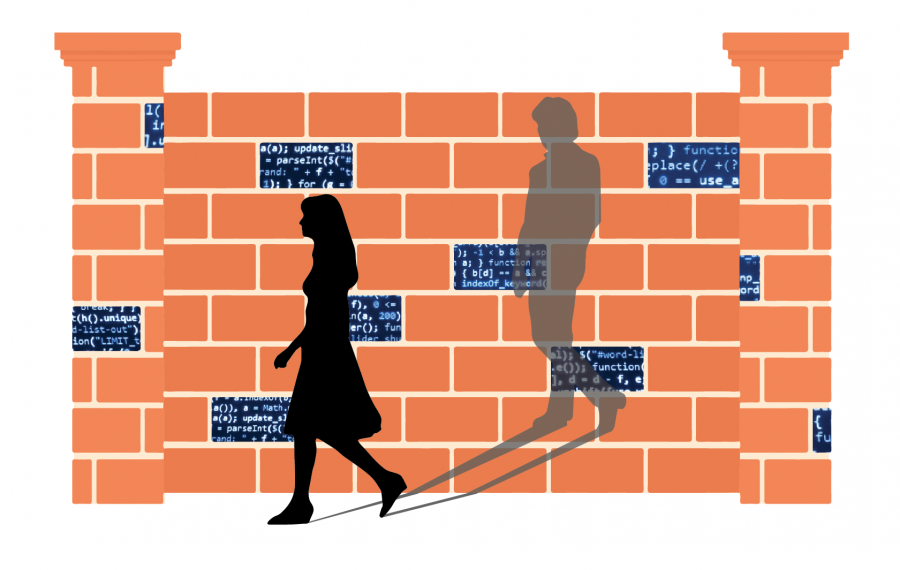 Her co-worker decided he was in love with her.

The only problem was she didn’t love him — and some people can’t take no for an answer.

“He just had this idea that we had this weird connection that we didn’t have; he was very much obsessive about it,” said Alaina Hanks, now a post-graduate student in counseling.

Hanks was an 18-year-old freshman at South Dakota State when a co-worker began stalking her. It would go on for the next five years. Despite going to various avenues for help, nothing was done and Hanks said a “campus culture” of victim shaming only made things worse.

Her stalker wasn’t a student at SDSU, so he couldn’t be punished under the student conduct code. He couldn’t be arrested because he never got violent, but he was a constant specter that haunted Hanks for her entire undergraduate career.

She lived off-campus and her stalker would park outside her house, waiting for her to go to class. He would send her flowers, message her on Facebook from multiple accounts and email her constantly.

Being a student, Hanks’ email address is known to anyone that knows her name. Because of that, despite changing her phone number and moving away from Brookings, her stalker was still able to contact her. Hanks went to the support desk to delete her Jacks email, but said the support desk refused. Hanks said they told her “you keep your Jacks email forever.”

Ryan Knutson, Vice President of Information Technology, said the response Hanks received from the support desk shouldn’t have happened, but he understands why it may have.

Though he is not fully aware of Hanks’ situation, Knutson said the support desk will give those answers for “normal activities.” But, in situations where there is harassment through email, IT would take steps to stop it from happening.

Though her five years of terror are over, stalking is a continuing problem for women on college campuses across the nation.

Harassment, even if it does not become violent, can still affect the victims’ mental and emotional health.

According to an article in Current Psychology, victims of stalking can be “scared, depressed, humiliated, embarrassed, distrustful of others and angry or hateful” and being stalked can have a lasting impact, resulting in psychological symptoms requiring clinical attention.

After everything, Hanks was uncomfortable with her name being published or even just going out in public.

“It was terrifying,” she said.

She felt there was no one on campus she could trust. Those around her were ready to blame her. Though her stalker was not a student, his brother was and turned people against her.

There are more resources at SDSU now, but when it happened Hanks felt she had no one to reach out to as a Native American woman.

Despite going to the university police and bringing him to court, nothing was done.

The judge told her his “hands were tied,” because he never openly threatening her.

“He had been very careful in wording things, like ‘I mean you no harm, this is all because I love you and I care about you,” Hanks said.

More than one in four stalking victims reported a form of cyberstalking was used, according to the U.S. Department of Justice, and Knutson said there are many ways to protect yourself digitally from stalkers.

Students can filter email addresses, names, forward emails to a different account and report the stalker to their internet service provider.

Knutson stressed the importance of reporting stalking and harassment through the proper channels to make sure situations like Hanks’ don’t happen again.

“I think it’s important to work the Student Affairs path to where you have the associate vice president or the vice president carrying that message over to Technology,” Knutson said. “It’s not every day a support desk or a technician gets that request; ideally, they would handle it perfectly, but I can’t say with confidence they always would.”