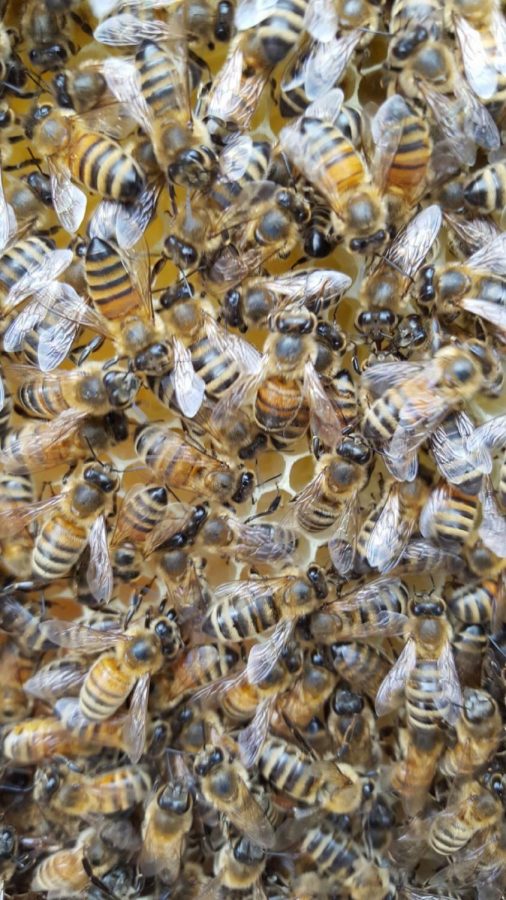 Research at the Blue Dasher Farms will focus on pollination, conservation and other aspects of sustainability. The farm is meant to educate students, beekeepers and farmers on the importance of sustainability in farming.

About 25 miles north of Brookings, visitors can find the Blue Dasher Farm, a place incorporating research and education to promote sustainable farming practices.

The farm was started by John Lundgren, an adjunct faculty member at South Dakota State University who most recently held a position at the United States Department of Agriculture.

Lundgren left the USDA in March, which led him and his wife to purchase 53 acres that would become the Blue Dasher Farm. Along with this purchase, they started a non-profit organization called Ecdysis, which will use the facilities on the farm to conduct research.

Lundgren, his wife Jenna, and three other graduate students will make up the organization, with a staff of undergraduates to help run projects for the summer. Lundgren said he eventually wants this to be a national network.

Lundgren said he is excited about what the future holds for Blue Dasher Farm.

“There’s a lot of momentum behind this, we are going to take advantage of that,” he said. “We know the answer to the problem, we just need to get it done and make it happen.”

The farm will serve to educate students, beekeepers and farmers alike. The Lundgrens will also incorporate livestock into their sustainable farm to cut down on chemical usage on cover crops and orchards.

“This is something that has never been done before, something that I and the other three students really wanted to be a part of,” said Jacob Pecenka, a master’s student who works with Lundgren.

Support for this idea arose from debt financing for the land and facilities and through crowdfunding. It arose from beekeepers, farmers, and people from all over the world.

“We had a lot of public support and a lot of funding came from groups like American Honey Producers Association and American Beekeeper,” Jenna Lundgren said.

In the next five years, the duo hopes to have an educational curriculum up and running, active research transpiring and have the farm be producing enough to sustain itself. They’d also like to make an income and start up at least two more farms in the United States.