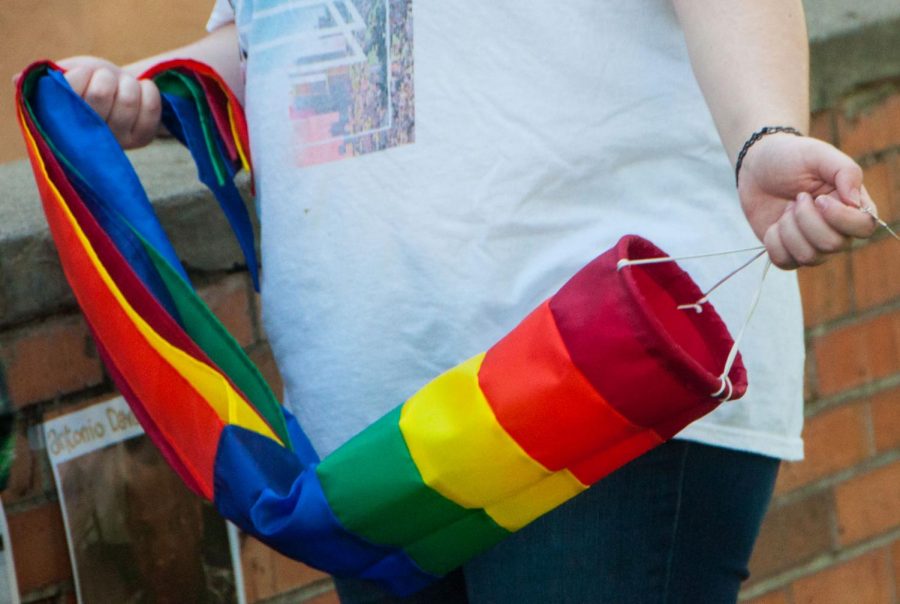 The Gender and Sexualities Alliance, formerly the Gay-Straight Alliance, recently transitioned to the new name to include all types of gender and sexual identities. GSA meets every Wednesday at 7:30 p.m. in Wagner 125.

A club on campus committed itself to include more groups through a recent name change.

The members of the Gender and Sexualities Alliance, formerly known as the Gay-Straight Alliance, decided the name change would include all types of students.

“It’s more inclusive and particularly our original name only spoke on gay and straight and although we do have our homosexuals and heterosexuals, there’s a whole spectrum of identities in between that were not being represented by that name,” said Stephanie Mills, sociology major and president of GSA.

She sees the name change as a positive step for the club.

“I’m hoping it will make us a more approachable and welcoming group,” Mills said. “… We want people of all identities and from all backgrounds to come together and be able to talk about these issues.”

The members were influenced to make the change after the GSA Network changed the name last year. This network provides resources and assistance to organizations similar to the on-campus group.

Weekly GSA meetings at 7:30 p.m. each Wednesday in Wagner 125 consist of activities, discussion about issues the LGBT+ community is facing, body positivity and self care, according to Mills.

In addition to the weekly meeting, the group has several different subgroups that focus on various topics. The subgroups include Living Outside the Boxes, Queer People of Color (QPOC), Mental Insequeerities and Straight but not Narrow.

According to Mills, Living Outside the Boxes is a group comprised solely of people who identify as transgender or nonbinary, people who do not identify as male or female.

QPOC is for people who identify as part of the LGBT+ community and as a person of color.

Mills wants to start a group this year focusing on mental health.

“My hopes for it are to have it be place for it where we can share coping mechanisms, stories, mindfulness practices and different techniques for dealing with mental health specific to the queer community,” Mills said.

The final subgroup is Straight but not Narrow. This group is dedicated to allies of the LGBT+ community.

“They talk about specifically being an ally to the community and how they can assist, and kind of taking the space to be alone so they’re not talking over queer voices,” Mills said.

The club also incorporates community outreach. Last year, the group held a panel on LGBT+ issues where community members could ask questions in a safe space. Additionally, this summer following the shooting at the Pulse Nightclub in Orlando, Mills and another member of the GSA held a candlelight vigil and collected and sent letters to survivors.

Mills has many ideas she wants to put on this semester, but ultimately, she wants the GSA to be a safe space for people of all identities.

“The main thing I want is a sense of community, acceptance and love I guess with in my organization,” Mills said. “I want it to be a healthy, happy space where people can be happy with themselves.”