Hope in a time of sadness 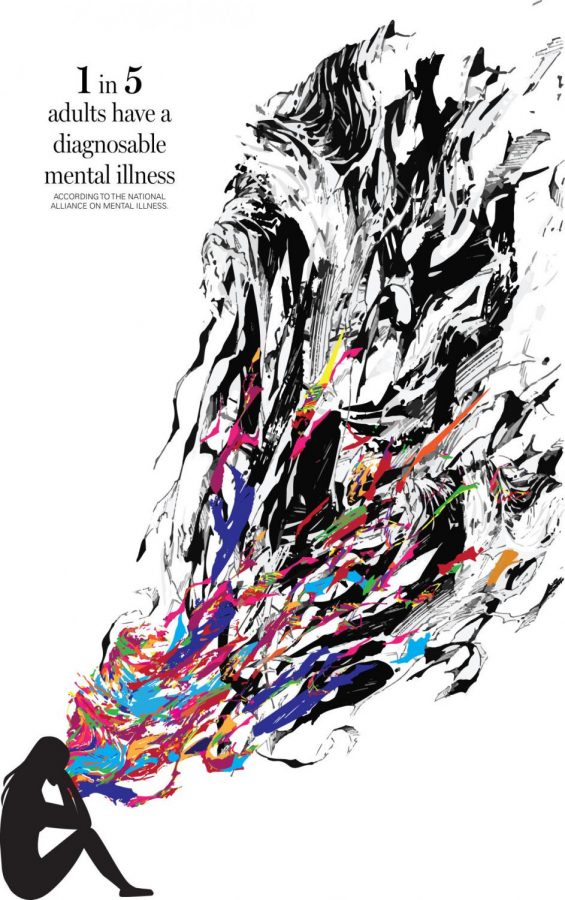 The thoughts would start swirling around her in mind.

“There’s no point of me being on earth.”

“It would’ve been better if I hadn’t been born.”

It was a cycle of negative thoughts that just wouldn’t stop.

“I wouldn’t mind if I were to die right now.”

Her depressed moods would typically be the worst on Saturdays when she was alone.

“I would just cry for two hours straight, and I just couldn’t deal with myself,” Scholl said. The hours of crying would also be accompanied by thoughts of worthlessness.

Scholl began school at South Dakota State University, and her freshman year went by without any issues. However, her sophomore year began and her depressed moods returned after she decided to stop taking her medication with her doctor’s permission.

She began to have panic attacks due to being heavily involved in clubs and organizations as well as taking 18 credits during her sophomore year.

“I felt so pressured into being involved in a lot of things and that just led me to a breaking point,” Scholl said.

During the panic attacks, Scholl would start to feel “crappy,” have no attention span and sometimes dry cry or throw up.

“I’m not in control of my body,” Scholl said. “I’m just shaking and just thinking the entire time, ‘I just want to get out of this right now. I don’t want to feel this right now.’”

Since her sophomore year, Scholl has visited the Student Health Clinic and received medication and counseling for her anxiety and state of extreme sadness.

Her junior year has been going “pretty well,” Scholl said. There are times when she still has low days, especially when she is alone for a majority of the day.

Through her experiences with mental illness, she has relied heavily on her friends and family.

“I don’t know how I would have gotten through things if they [my parents] didn’t live in town or if I didn’t have a strong friend group,” she said.

At SDSU, there are clubs and organizations dedicated to helping students who are struggling with mental illness.

Lost & Found is a student-run organization with the mission of bringing awareness to mental illness and ways for students to get help.

“We definitely try to act as the middleman between students and the Helpline Center and the counseling center so students know that there are resources if they’re stressed out or depressed or anything like that. There is help available for them,” said Collin Sherard, senior psychology major and events coordinator for the group.

The organization is for anyone who wants to attend, including people who may be dealing with a mental illness of some kind.

“We want everyone to understand what mental health is — that even if you haven’t gone through it, you can help someone if they are going through it,” said Meghan Perry, senior pharmacy major and director of marketing for Lost & Found.

Sherard stressed that the members of Lost & Found are not health professionals, but they will help anyone who needs help to find it.

“Even though you can’t see mental health and mental illnesses … it is a real issue and concern amongst everybody,” Sherard said.

Ultimately, Scholl encouraged students who have friends struggling with mental illness or large amounts of stress to be there for them.

“I hope,” Scholl said, “… people realize that it’s not a bad thing to get help, and it’s not something that they need to hide.”