UPD reaches out with humor on social media 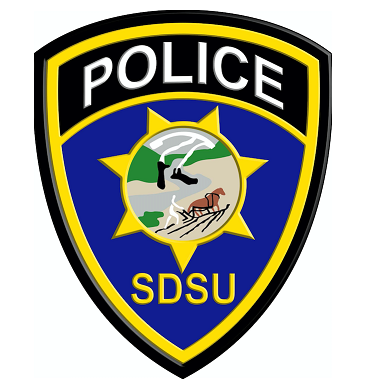 UPD has reached out to the SDSU community via Facebook with witty and humorous updates. Advising students of “#hoboresponsibly” and providing quick tips through their “#UPD101” series, social media has allowed officers to keep students informed while also building relationships with the Brookings community.

“#hoboresponsibly,” is used to advise students on how to “be safe, be smart and don’t make me show your mom a body cam video next week. She doesn’t even know you dress like that,” according to a Facebook post.

“Humor is much more likable,” said Michael Kilber, the man behind the screen. He is the deputy chief of police and internal affairs investigator.

“We’ve always felt supported by the community and by the university itself,” Kilber said.

Kilber said the ability for UPD to connect with the SDSU campus through social media has been a positive influence on officers’ ability to provide a secure environment for both students and faculty.

Sophomore nursing student Skyler Hochstein said she thinks social media gives UPD a chance to reach out to an age group that isn’t necessarily “easy” to connect with.

“UPD can be painted in a bad light and perceived to be ‘out to get’ students,” Hochstein said. “But I think that their Facebook posts show that they really are just people doing their job. Not only that, but they’re hilarious too.”

Hochstein said both the SDSU community and UPD could benefit from a strong relationship.

“Any time you can put a name and a face to an organization, it becomes more personal and less of something to fear,” Hochstein said.

Students and staff are encouraged to use social media and other technology resources when contacting UPD in non-emergency situations.

“We’re a resource for all of the university, especially the student body,” Kilber said. “We’re here to help and we truly see ourselves as the peacekeepers of higher education. We want to provide an environment in which you can do research, get educated and enjoy yourself too.”