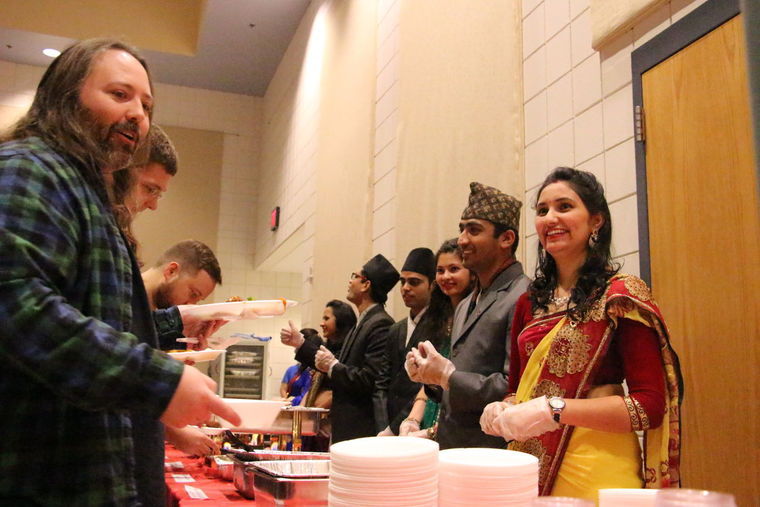 The International Relations Council (IRC) hopes to foster understanding of different cultures by merging education and activities to connect international and domestic students.

The council’s purpose is twofold — to get international students to actively participate on campus and to provide leadership and volunteer opportunities for international and domestic students, said Amir Maleki, the IRC adviser.

“There is a misconception that the International Relations Council is only for international students,” Maleki said. “It’s for everyone.”

For international students, the benefits of being involved with IRC include not only becoming acclimated with a new culture, but to also take part in it.

“I wanted to do something to make them [international students] feel at home. I wanted to help make a difference,” Jayasooriya said.

There are vast benefits for domestic students as well, Maleki said. The experience gained is priceless and interaction with different values and beliefs can prepare students for more diverse settings later in their lives and careers. The exposure can be beneficial in the professional world as well.

Becoming involved with IRC can lead to new connections abroad, as well as curiosity for different cultures. This was the case for Kelley Jorgensen, a domestic student majoring in global studies.

“It’s an eye-opening experience,” Jorgensen said. “It has helped me develop inter-cultural competency.”

Jorgenson aspires to work in a career field involving cultures, and encourages other students to get involved with the IRC.

It’s an opportunity for people from different cultures to exchange ideas and how to respect differences, Jorgenson said. It helps you “see people as people, and not as stereotypes or as statistics.”

The IRC hosts various events throughout the year “to encourage bridging the gap,” Maleki said. “We should be…as active as possible to get domestic students participating.”

“We provide activities that include domestic students — kind of an ice-breaker for the domestic and international population,” Jayasooriya said. “It was a glamorous night.”

The event included dance performances by the international clubs on campus, as well as a variety of foods from different countries.

In celebration of global education, the IRC also holds an International Education Week every year in the Student Union, allowing several international clubs to give presentations about their cultures.

The IRC strives to present an opportunity for all students on campus to directly engage themselves in multicultural inclusion, and to learn from each other.

“It presents a chance for face-to-face interaction. It [the IRC] creates a learning experience,” Jayasooriya said.