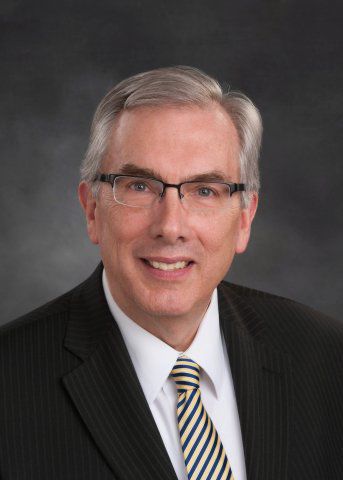 The Wokini Initiative is meant to provide consistent funding for the Dakota and Lakota student population of South Dakota State University.

The initiative is spearheaded by President Barry Dunn, along with members of the Brookings Reconciliation Council and Native American faculty at SDSU. Dunn intends to use $550,000 from the university’s land-grant properties to free annual funding for collaborative research projects related to Native communities, preserve Dakota and Lakota language and build a new, stand-alone American Indian Student Center.

According to the proposal, by 2014, 43.1 percent of South Dakotans, ages 25-64, had achieved an associate degree or higher, compared to 20 percent of the American Indian population.

“SDSU has a responsibility to provide educational opportunities for this under-served population, as it does for all people,” the proposal said.

Currently, most Native American student programs and research are funded by grants, a source of funding that is short-term and ultimately unreliable, according to Alaina Hanks, an SDSU Counseling Human Resource Development graduate student and member of the BRC.

According to the proposal, the initiative also looks to connect SDSU with tribal colleges across the state through outreach programs and focus on the retention and recruitment of Native American students.

Overall, Hanks and others on the BRC are excited for the proposal. Hanks, a member of the SDSU Native American student community, said the initiative is long overdue.

“I’ve been here forever,” Hanks said. “I’ve watched them go through all these different plans and I’ve watched them run through the College Access Grant and all these other pieces. And every time something starts to work and they see … Native students being more active and staying longer and gaining something, every time it happens, the funding is gone.”

A member of the Rosebud Sioux Tribe, Dunn is well aware of the issues the Native American community faces.

“It’s really important to know,” Dunn said. “The 1886 Fort Laramie Treaty between the U.S. Government and the Lakota designated all of western South Dakota and part of Wyoming for the Lakota people. In 1887 that was taken away.”

It is not possible, according to Dunn, to take the highest road “morally and ethically,” by returning the land taken from the Dakota and Lakota tribes, but the Wokini Initiative is a step toward mending relations with the Native American community of South Dakota.

Dunn has reached out to other members and representatives of the SDSU community to get approval for the Wokini Initiative. For example, Students’ Association unanimously approved the initiative at its Feb. 26 meeting.

“We’ve got a shot at doing something my parents didn’t do and other people haven’t done … It’s going to take a sincere effort,” Dunn said. “The challenge isn’t just to me, it’s the whole campus community. Do we give a damn or not?”