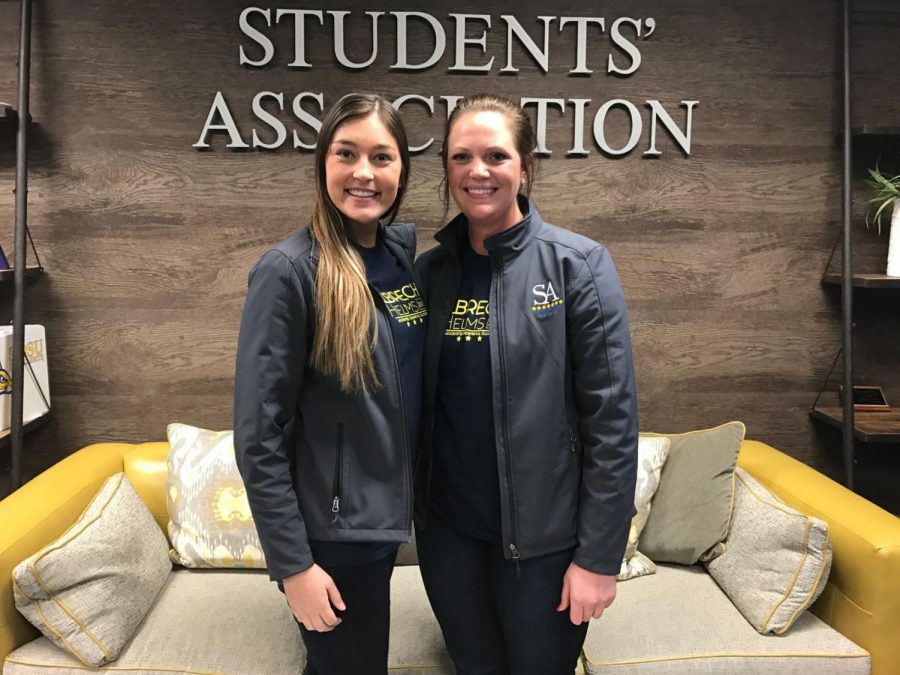 Current Students' Association President Ally Helms and State and Local Government Chair Taylin Albrecht won this year's SA elections. Their ticket earned 817 votes and will be sworn in April 10. Helms will be sworn in as vice president and Albrecht as president.

Polls closed at 5 p.m. Wednesday, after two days of voting.

The two expected the election to be close, and were surprised by the amount of support they received from students. Lane Speirs and Kirby Krogstad’s ticket came in second, just 89 votes behind Albrecht and Helms. Irakoze Naftari and Seth Gutz came after with 26 percent of the vote.

“We could not have done this on our own. It takes an army of people to even get a voter turnout like this,” Albrecht said.

This year’s voter turnout was up 2 percent from last year, with 16.6 percent of the student body participating.

Albrecht and Helms hope to see the other tickets apply for at-large positions on Senate.

“They’re all perspectives that we want to see on the Students’ Association next year and we hope to continue working with them, to hopefully implement the campaign promises that they want,” Helms said. “Because we have 800 people that support us, but there’s 1,200 people that believe in everything they were running in and want to see that kind of change on campus as well.”

What’s next for the newly-elected officials? Chips and salsa. But after that they plan to continue their current roles on the SA executive board, Helms as president and Albrecht as state and local government chair, at an executive board meeting tonight.

“I loved meeting with groups and hearing what they’re passionate about, what ideas they have for campus, what areas they think we can improve on,” Albrecht said. She hopes to increase transparency for students at SDSU, based on what she’s heard during the campaign.

Helms plans to get a list of what organizations senators are part of when the new Senate is sworn in April 10. She hopes this will help give the organization an idea what groups and clubs are and aren’t represented around the table.

There are 10 at-large positions open on the Senate. Students will be able to take out petitions for a seat starting tomorrow morning at 8 a.m.

Here is a complete list of senators that will be representing the Students’ Association in the 2017 – 2018 academic year: