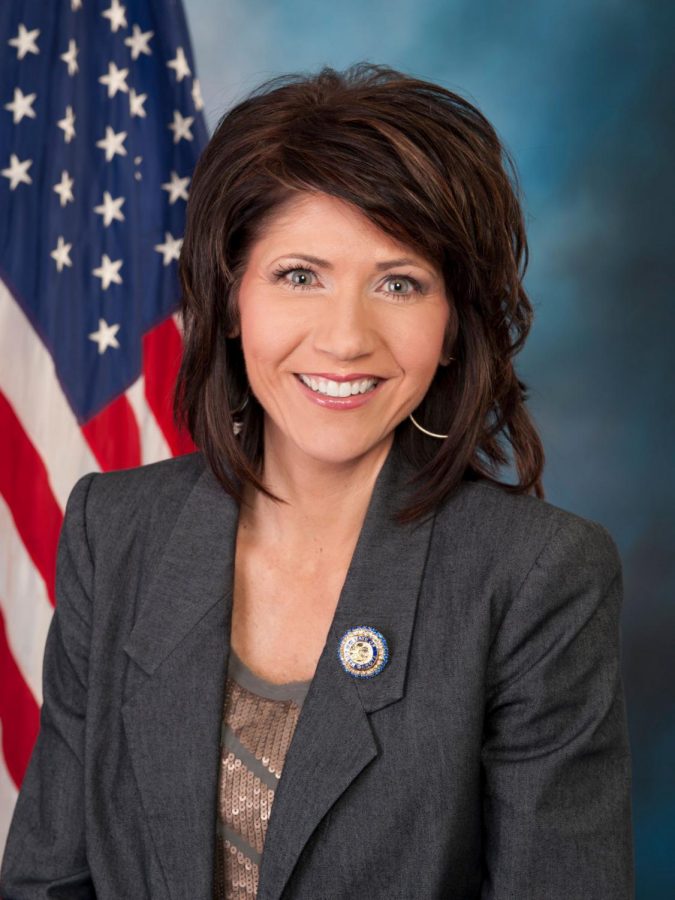 The meeting was only announced the night before.

I had only known about the meeting due to persistent communication with Rep. Noem’s office, endlessly probing about the next time she would face the public. Noem’s last town hall was only a month ago, but due to poor communication and advertising, there were less than 20 attendees.

Others there would explain they had the same problem: no one knew where she would be, or when she would be there. Her inaccessibility and lack of communication continues to be a point of common criticism.

As the crowd of forty to fifty people filtered into the small community room in the Watertown police station, one could already hear grumbling. While some received chairs, there were many who stood at the back of the room and in the hallway. These were the constituents of Rep. Noem (R-South Dakota).

These people saw footage aired of the town halls of Sen. Bill Cassidy (R-Louisiana) and Rep. Tom Reed (R-New York) in which the crowd challenged them with tough questions about the repeal of Obamacare and the White House’s policies. Trump, since then, had given them even more ammunition.

The proposed budget cuts to areas critical to South Dakotans, such as the $4.7 billion cut to the Department of Agriculture, caused some doubt the president’s agenda aligns with rural America. This was their chance to hold Noem accountable with their own inquiries.

The meeting opened with the moderator setting “ground rules.” He, too, had apparently seen the footage of the angry chanting, and the protesters drowning out the speakers.

Questions were limited to 30 seconds, and he said if anyone became “uncivil,” they would be promptly removed from the meeting. There were five police officers placed around the meeting room.

Each of us had signed in on a clipboard, and were told to announce our names before asking questions. This only served to confirm that Rep. Noem did not wish to be next on a long list of representatives and senators bulldogged by their own constituents. It explains why this meeting was announced on such short notice.

The focus of this meeting was unequivocally healthcare. There were fears of being one of the 14 million left without coverage, and the questions were relatively straightforward: “Why not fix the ACA rather than enacting a new one?”

Noem towed the party line faithfully, to the displeasure of those in the room. Questions about Russia were met with Noem’s skepticism and apathy. She victimized Trump himself and glorified Trumpian policy, but in order to separate herself from his more unsavory features, she would attempt to distance herself from him.

The wildly inconsistent stance on Trump and his administration reflects a larger trend in the GOP itself.

As more news spills forth, it will be interesting to see whether Noem will face the public again in the midst of persisting scandal.