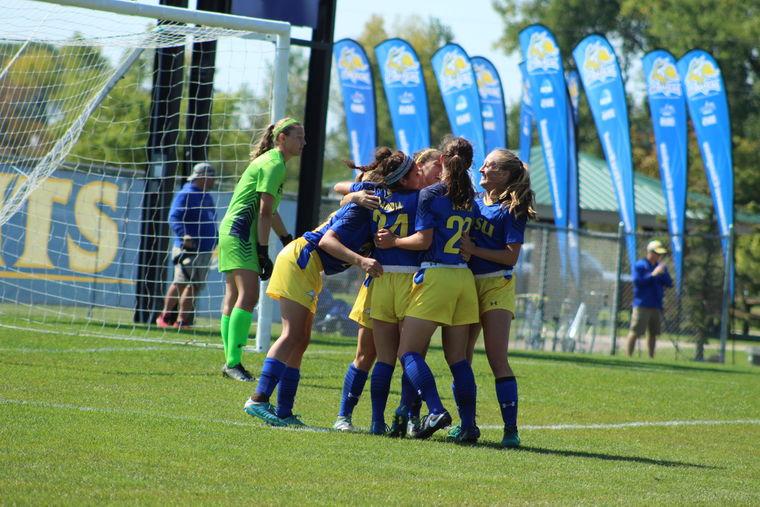 After a week off, the South Dakota State soccer team is ready to start Summit League play. The Jacks will take on the University of Denver Pioneers Sept. 29 in Denver. SDSU enters the game with a 3-4-3 record.

“We’re really excited to start Summit League play,” said head coach Brock Thompson. “Proud of the way we approached the bye week and we’re excited to get back on the field.”

“We talked about how conference games are a different beast to play,” Scislow said. “There are teams that we’ve seen year in, year out, so we know how to scout them well and know the players, so I think everyone is looking forward to playing these games.”

Denver will come into the match with a 4-6-1 record and are coming off back-to-back losses against Cal Poly and University of California Santa Barbara.

Thompson said this is a huge game because they only play each Summit League team once.

“We’ve got a seven-game conference schedule and the top four make the conference tournament. Not many conferences are like that,” Thompson said.

Scislow said it’s important for the team to get off on the right foot in conference play.

“One game can make or break if you make the tournament and can also decide what seed you get,” she said.

Seniors Leah Manuleleua and Nicole Hatcher lead the Jacks offensively into Summit League play with three goals each. On the defensive side, sophomore goalkeeper Maggie Smither holds two shutouts for the season.

The Jackrabbits will return to their home turf against Bellevue at 1 p.m.