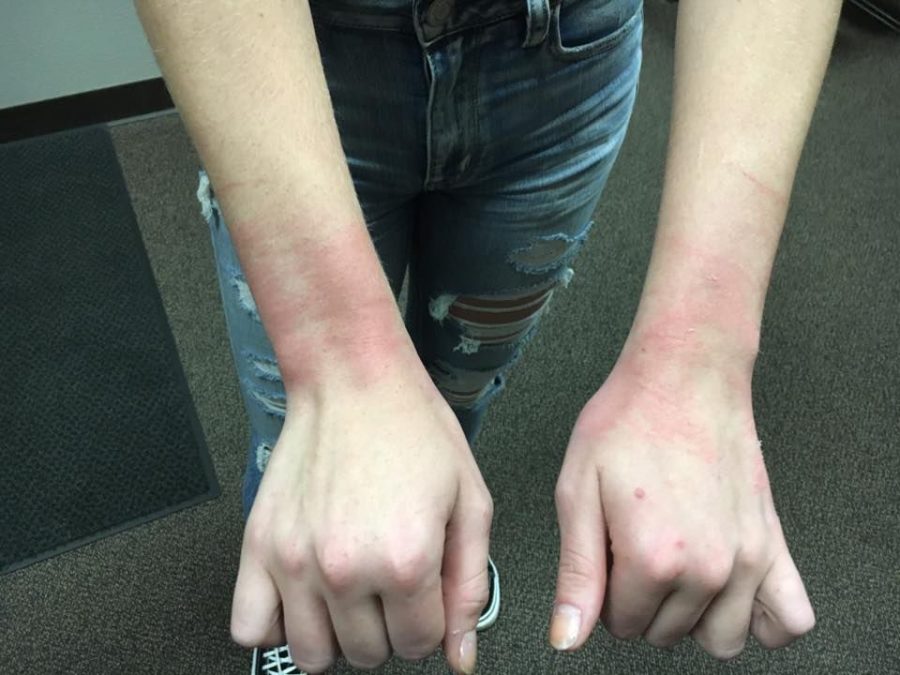 Melissa Mentele claimed her daughter, a senior at Emery High School, suffered a broken hand and multiple scrapes and bruises when a UPD officer arrested her Saturday. Mentele said she has been charged with resisting arrest.

This story will be updated as more information is provided.

Melissa Mentele of Emery is alleging her daughter, a minor, was in a “violent” altercation with a university police officer Sept. 9 on the South Dakota State campus.

Lillian tweeted the morning of Sept. 10 that her sister was breathalyzed and blew a .03. According to the tweet, Lillian has been charged with resisting arrest and obstructing a law enforcement officer.

“The university is aware of the situation and looking into it immediately,” said Director of University Marketing Mike Lockrem.

As of Sunday afternoon, SDSU reached out to the South Dakota Department of Criminal Investigation to help with the investigation of the incident, said Sara Rabern, public information officer for the attorney general’s office.

Melissa and her husband received a phone call from Lillian and her sister Saturday night. The two were walking on campus with friends when they were confronted by the officer.

The bones in her daughter’s hands were dislocated, Melissa said in a post she later deleted. She also posted photos of her daughter’s wrists and hands showing swelling and redness.

Melissa said her family plans to pursue civil and criminal charges, but due to their attorney’s advice they are currently not releasing any more information.

Many comments on Melissa’s Facebook post have agreed with her, saying they’ve had run-ins with the same officer in the past where he acted with excessive force.

“I’ve never had any of my officers make any complaints with me regarding anything they’ve witnessed” while working with UPD, said Brookings Police Department Acting Chief Dave Erickson.

Erickson was aware of the Facebook post and said injuries can occur during arrest for multiple reasons.

“Each situation can be different, and there are a lot of factors that can play into the actual arrest or detainment of an individual: the level of resistance that may be presented by a suspect, the level of compliance and then obviously the level of force used by the officer all play into how the outcome is,” Erickson said. “Whether or not there’s injury, whether there isn’t injury and then obviously if there is injury, was it justified? Was it as a result of the suspects actions? Was it a result of the officer using too much force? There’s a lot of different factors that play into that.”

In a later post, Melissa said “our family was not taught to “comply.”