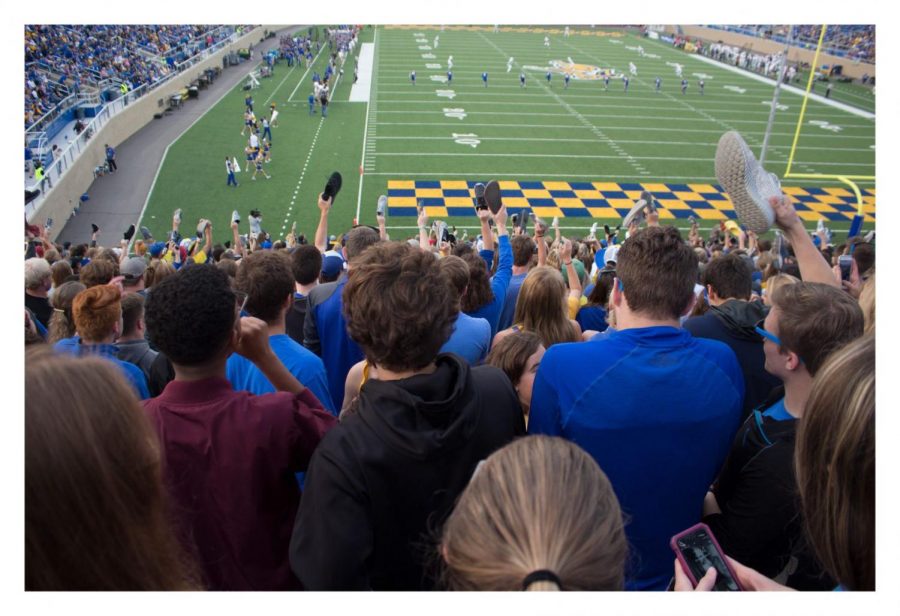 The student attendance was a record high 4,251, but declined after halftime on the Aug. 31 game against Duquesne.

As I watched the South Dakota State and Montana State football game this past Saturday, I noticed something I never see at SDSU:

Their student section was full until the end of the game.

It’s astonishing how many SDSU students left games at halftime or after the third quarter last year, which is sad because the students are usually the loudest fans in Dykhouse stadium. When the student section isn’t full in the fourth quarter of a close game it makes a difference.

I understand some games are way out of hand by halftime, like the home opener against Duquesne, when the Jacks were up 34-7 at the half. But there were a couple close games last year students left.

The game against Villanova was the second playoff game SDSU has ever hosted. That should make you want to come to the game and be loud. 6,154 people were in attendance that day and, from observation, I would be surprised if there were more than 500 students at the game.

Obviously, it is easy to leave when you don’t have to pay for your ticket, but football should be a social event. Even if you don’t like the sport it should be a good time to see all of your friends.

Last year, the total number of student attendance was 14,809. That averages out to 2,116 students at each game.

In the season opener against Duquesne, SDSU had a record-breaking 4,251 students attend the game. I believe this is a sign students will show up all year, and will stay if the game is close. Especially for the Hobo Day Game against Northern Iowa Oct. 14, and the rivalry game against North Dakota State Nov. 4 at Dykhouse stadium.

Either way, you should come out and support the Jacks. This is one of the best, if not the best, football teams this school has ever had. The student section can truly make a difference with the noise it makes and the atmosphere it creates.