Sen. Thune chats with students about challenges of the job 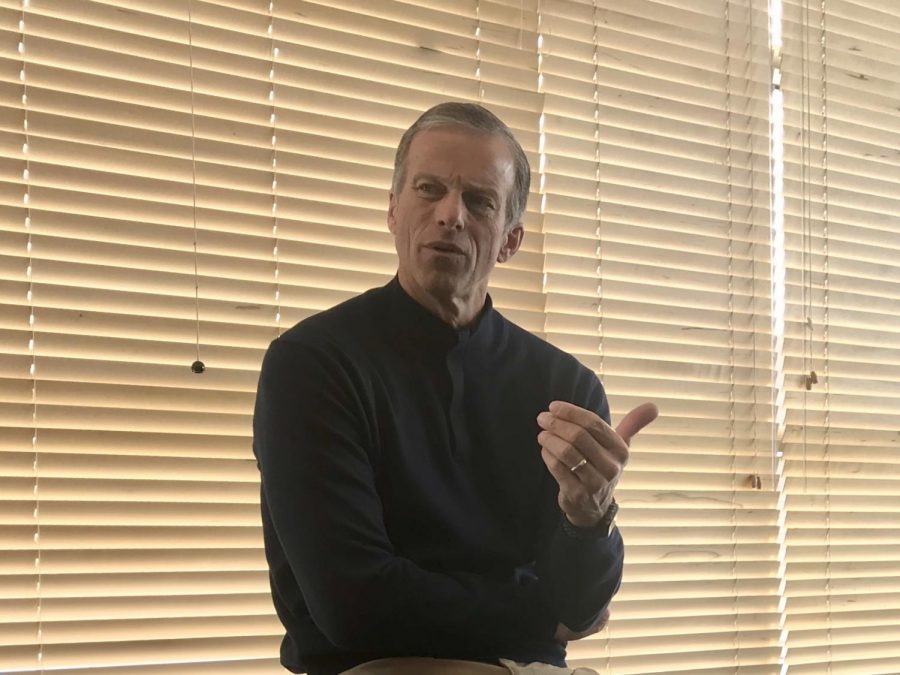 While the U.S. Senate is on recess for the week, Majority Whip Sen. John Thune, R-S.D., stopped by campus on Feb. 21. for a casual conversation with the College Republicans.

Around 15 people came to hear Sen. Thune discuss his duties as majority whip and issues facing the current session. Right now, there are 53 Republicans in the Senate, but to get legislation to pass 60 votes are needed. Sen. Thune is tasked with rounding up those votes.

“Getting them to lean ‘yes’ on any given day is challenging,” he said. “It’s a game of trying to persuade, to convince them—it’s an imperfect science.”

Another “challenging” aspect of Sen. Thune’s job is not having a Republican majority in the U.S. House.

“They really want to beat Trump, they are really passionate,” he said.

He said Republicans are realistic in terms of what they can get done and have set a “narrow range” of issues to tackle. Improving infrastructure, upholding data privacy and obtaining better drug pricing were a few issues Sen. Thune said he thinks both sides of the aisle could support.

Sen. Thune talked about the effects of social media, discussing how news moves fast, Sen. Thune said when going on live television he always has to be prepared for the topics to change. He said social media is good for preparedness.

He also encouraged College Republicans to “be respectful” and “be firm in what you believe” without diminishing others. He advised students in the room to “keep moving forward” and take opportunities as they appear.

“Don’t be afraid to push open that door,” he said.