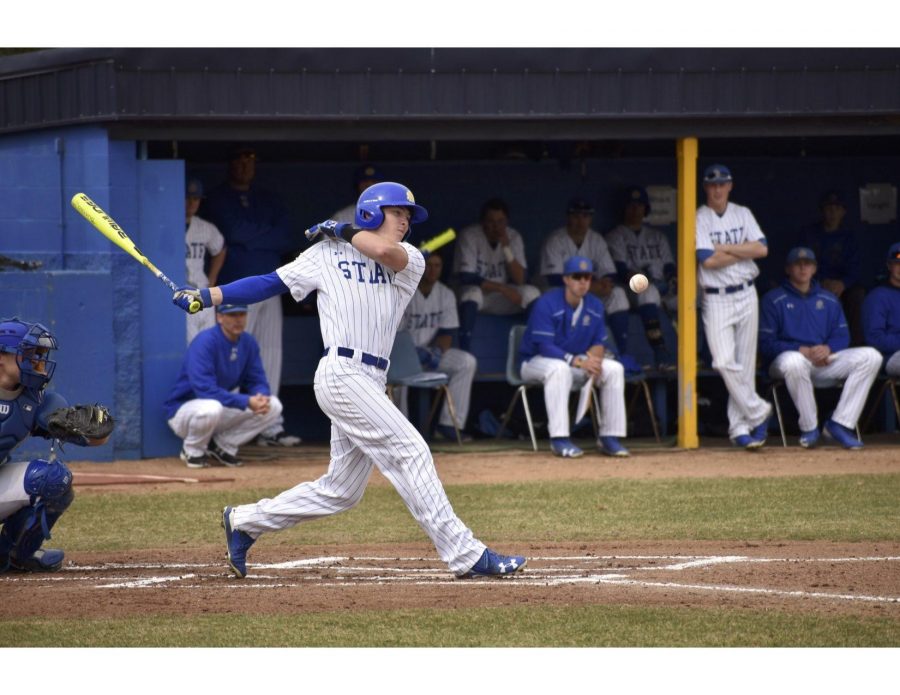 RUSSELLVILLE, Ark — A day after scoring 15 runs in a blowout win over the University of Tennessee Martin, the South Dakota State baseball team fell 5-4 in the second game of their three-game opening series.

The Jackrabbits committed three errors and had opportunities to break away from the Skyhawks, left 10 batters on base throughout the game. They loaded the bases with two outs in the top of the eighth inning but came up empty.

Back-to-back home runs in the fifth inning by senior outfielder Logan Holtz and freshman catcher Ryan McDonald gave the Jacks their only lead of the game at 3-2.

UT Martin would quickly respond with an RBI groundout in the bottom half of the fifth and scored two runs in the sixth to go up 5-3.

The Jacks would cut the Skyhawk lead to one in the ninth inning, but a late rally wasn’t enough in their attempt to win a second consecutive game.

Senior right-handed pitcher Ryan Froom made his first start for the Jacks since March 25, 2017, after recovering from Tommy John surgery during the 2018 season.

In his no-decision, Froom struck out five batters and went five innings while giving up six hits and two earned runs.

Junior right-handed pitcher Tyler Olmstead was charged with the loss after giving up one earned run in three innings in relief.

The final game between the two teams will take place 12 p.m., Sunday, Feb. 17 tomorrow at Tech Stadium on the campus of Arkansas Tech.