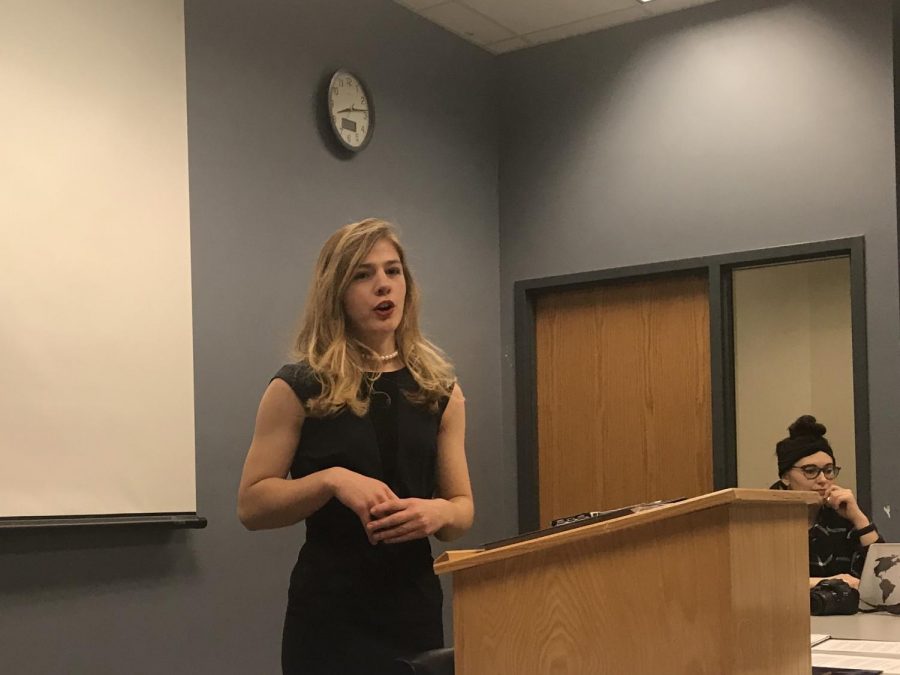 Vice President of Finance and Administration Robert Kohrman started out the meeting with a presentation about the FY 2020 budget. With the $300 million budget, he explained that tuition fees account for 34 percent of the budget.

“It’s basically the checkbook of the University,” said Kohrman.

Kohrman also addressed the challenge SDSU is currently facing: decreased enrollment. While the current revenue is approximately 3.5 percent below original projections, SDSU is using every strategy possible to increase enrollment.

Next week, each Dean and Vice President are going to present adjustments scenarios, resulting in a 2-5 percent cut from departments’ budgets.

“It will be an intense process,” said Kohrman. “I value the opinion of the students so much. I don’t want my office to be a black box.”

Associate Vice President of Finance and Budget, Mike Holbeck also voiced budget concerns. Comparing SDSU to its competitors, Holbeck said, “We are well below where our students are funding athletics compared to our peers.”

“The GAF proposal was supposed to bring us further in line with our peers,” said Holbeck. “We will lose that in a heartbeat if we don’t have a balanced budget. We were hoping with that $2.49 to balance it.”

Jessica Boesch, a member of the equestrian team, made an appearance to voice her concerns about GAF increasing its funding for athletics.

“If SDSU didn’t provide an equestrian team, I wouldn’t have been able to attend college,” Jessica stressed to senators.

“We’re flying high right now. About 65 percent is functional right now and occupied by faculty, staff and students and there are smiles all around, he said. “You’re not going to find a facility in 400 miles on any academic campus like this.”

For more information about the GAF debate and discussion, the Collegian wrote an additional story.

The AIGA constitution was the first to be passed last night. AIGA is a chapter part of the country’s largest graphic design organization. The idea is to bring design into SDSU and Brookings.

Sen. Carter Hunter said, “I think it’s important to enable our students to accomplish the goals that they have here” while motioning to approve the constitution.

The Social Club constitution was taken off the table and approved as well. This club aims to help those struggling with social anxiety and to provide a welcoming environment for all.

Resolution 18-08-R Purple Heart Parking was approved. SDSU will be one of few schools to offer special parking for Purple Heart Recipients.

Students’ Association will meet again at 7 p.m. Feb. 3 in the Lewis and Clark room of the Student Union.