‘George the ghost’ may move to PAC 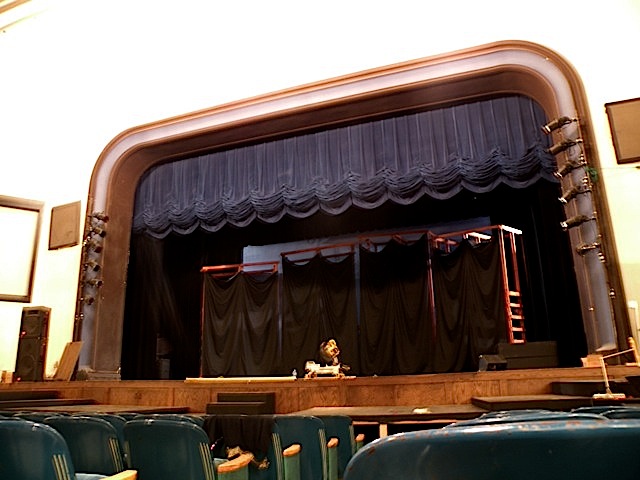 The theatre department at South Dakota State may lose their in-residence ghost when they move to the Performing Arts Center in 2019.

George’s backstory stems from a tale of a janitor falling off either an alcove or the balcony of Doner Auditorium, dating back before 1970 and Director of Theatre JD Ackman’s time as an undergraduate student.

Students don’t want to abandon George after the move. Becca Herman, a senior theater major, is one of the biggest advocates to bring George with them to the PAC.

“I personally feel it’s important to take him with us, just because he is part of our history and lots of theatres do have ghosts, so I would rather have us bring ours, who we know is fairly benign and gentle, rather than have another one join us,” Herman said.

Scott Remboldt, case manager for Black Hills Paranormal Investigations in Rapid City, said the possibility of getting George to move is an “experiment at this point.”

“That’s a hard one, to tell you the truth,” Remboldt said. “I’ve never actually heard of anybody moving from one location to another with a spirit, other than having an object they’re attached to.”

Spirits are often attached to a certain spot or object, Remboldt said. There is a possibility George is attached to the aspect of the theatre program, but Remboldt has yet to hear of that.

“I would rather have us bring ours, who we know is fairly benign and gentle, rather than have another one join us”

There are two types of spirits, Remboldt said. A residual spirit is like a memory. An intelligent spirit is the type that will react to something, like being told to show itself by moving a chair.

George’s antics have lessened in recent years, Herman said, but many theatre majors have some memory of George, or are at least familiar with the stories about him. Some stories could possibly indicate George is an intelligent spirit.

Examples include lights turning on and off, doors locking or unlocking on their own, objects thrown from the balcony and costume racks moving by themselves.

Herman was told a story from seven or eight years ago about George’s more helpful side, when a cast member was in the costume room.

“A girl was looking for a costume that she knew for certain that we had, so she just yelled out, ‘OK, George, where’s it at?’ And (a box) just fell from one of the upper levels of storage and it was in that box,” Herman said.

Garrett Wilson, a theatre major who graduated in 2012, was told a story of a rubber chicken that was kept in Doner’s green room. Many believe the rubber chicken is the object George’s spirit is attached to.

“Well, during one Capers performance a cast member decided to bring it onstage for a dance. And as the chicken crossed the stage the entire auditorium lost power,” Wilson said. “Thankfully, one of the APO [Alpha Psi Omega] members noticed the chicken had been nabbed, and quickly returned it to its perch. As soon as this happened power was restored to the auditorium.”

Wilson didn’t know the year of the occurrence.

Now the rubber chicken is kept in “George’s room,” which also has a couch, TV, VCR and Disney movies for George to watch if he acts up. Herman said most incoming theatre students aren’t told about the room so they won’t bother him.

“We don’t try to provoke him; we don’t want him to be upset or anything,” Herman said.

Despite the many occurrences and legends of George, not everyone is a believer. Ackman said in all the time he has spent in Doner since his undergrad, he has never come across a reason to believe George is real.

“Let’s face it — -I hang out with theatre people all the time. Plenty of weird stuff goes on in that theatre, but nothing of the occult,” Ackman said.

Ackman said he would believe in George if he showed himself, but thinks ghosts are just one of the many theater superstitions.

Remboldt said a George even exists in a Rapid City theater.

“Every theater’s got a George,” Remboldt said.

Herman said she plans to bring the items from George’s room, as well as explain the move and invite him to come with.

The PAC construction is currently on track to be done in January 2019.