Fixed bus route in works through Students’ Association and GAF 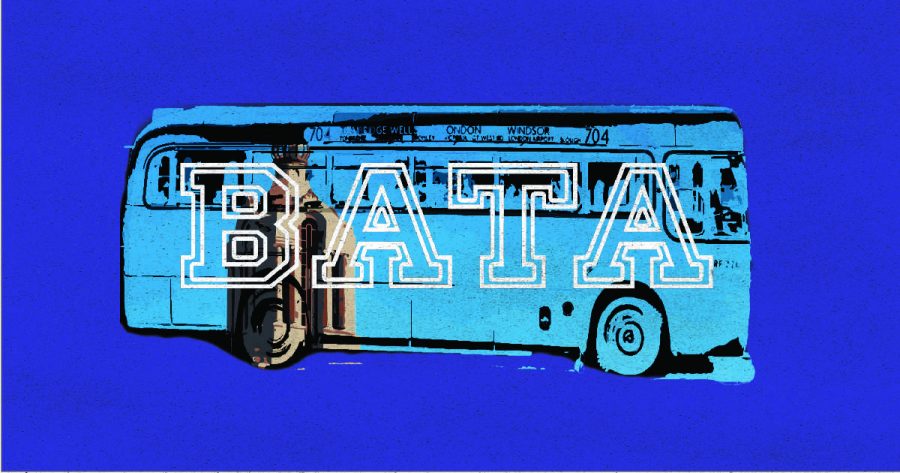 Transportation has been on Students’ Associations radar for years now, and co-chairs of the Transportation General Activity Strategic plan workgroup are looking to solve the campus problem.

Co-chairs Sen. Josh Longtin and Sen. Sameer Keshavan have worked all semester on a plan to put a bus transportation system in Brookings in collaboration with Brookings Area Transit Authority.

It’ll begin with a trial run if their workgroup recommendation is approved in the final GAF strategic plan.

The senators feel confident their fixed-route transportation system will be included in the GAF strategic plan.

“This has been a conversation for a while now like it was quite the talk of 2014 GAF,” Sen. Keshavan said. “We think it has a better shot this time compared to last time it was talked about.”

GAF is a mandatory per-credit-hour fee that directs funds toward activities the general campus population would participate in and benefit from. South Dakota State creates a new plan every five years. The final plan will be finalized by spring 2019.

“In the survey, there was just under 10 percent of students who didn’t have transportation means of their own. So they have to either walk or rely on friends,” Sen. Longtin said.

The GAF general survey had a total of 3,373 submit responses, 10 percent of that is around 340 people who don’t have transportation means met on campus.

Right now, there’s BATA, Lyft and the Brookings Taxi Service in Brookings. Lyft and the taxi service are too expensive to use for short rides daily and BATA is inconvenient for students since they must schedule rides a day in advance online.

The potential trial run is scheduled for two months of the semester preceding the launch of the GAF Strategic Plan, providing the recommendation is included in GAF.

According to Longtin, the route isn’t set in stone, but will for sure hit major apartment and shopping locations in Brookings. Most likely,the route will wrap around campus and will have stops on Medary Avenue, Eighth Street and 22nd Avenue.

The trial of two buses will run in opposite directions, having a 15-minute wait time between buses for two months.

This trial run will cost a total of $72,000. Part of the total comes from SA, who is providing the $36,000 from the University Activity Fee and Budget Committee Reserve Fund. The other $36,000 will come from administration.

Sen. Keshavan said the future benefits of a fixed-transportation route would have a long-term benefit of helping international recruitment on campus.

It could also help alleviate the parking problems everyone complains about, Longtin said, which has been a long-time complaint of students.

“Someone looked back in the yearbook in the 1980s and they had listed the top three problems with SDSU and number one was parking back then,” he said. “I would say students would still put it at number one today.”