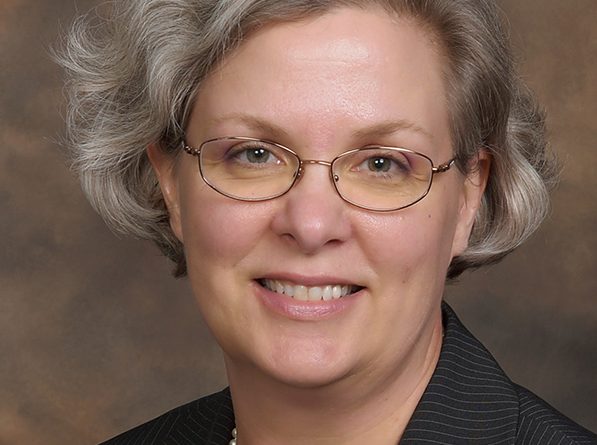 Wolf-Hall earned her bachelor’s and master’s degrees in microbiology at South Dakota State.

“We are very pleased to have Dr. Wolf-Hall join our university and become the founding dean of the College of Natural Sciences,” said Dennis Hedge, provost and vice president for academic affairs. “She will be a great addition to our leadership team as her experience, combined with her vision for the college, will help us move forward. The academic and research potential of this newly structured college is incredibly high and Charlene is the right person to guide us to achieve that potential.”

Wolf-Hall has served in her current role at NDSU since 2015, and her tenure at the university dates to 1996 when she was a laboratory technician in the food and nutrition department. She then moved to assistant professor and associate professor before becoming the interim director for the Great Plains Institute of Food Safety in 2006. In 2009, Wolf-Hall was the assistant dean for the College of Graduate and Interdisciplinary Studies and then became department head for veterinary and microbiological sciences in 2011 after becoming a full professor in 2010.

“I am very thankful and thrilled for this wonderful opportunity to serve the Jackrabbit family,” Wolf-Hall said. “The new College of Natural Sciences is a vital part of the land-grant mission at SDSU and I look forward to supporting the success of students, faculty, staff and stakeholders.”

Wolf-Hall also serves as the summer school director where she grew student credit hours by 35 percent. She also is the university’s liaison officer for the Higher Learning Commission Accreditation, oversees assessment and program review and chairs the learning spaces executive and advisory committees.

Wolf-Hall earned her Ph.D. in food science and technology with an emphasis in food microbiology and food toxicology from the University of Nebraska after her time at South Dakota State University.