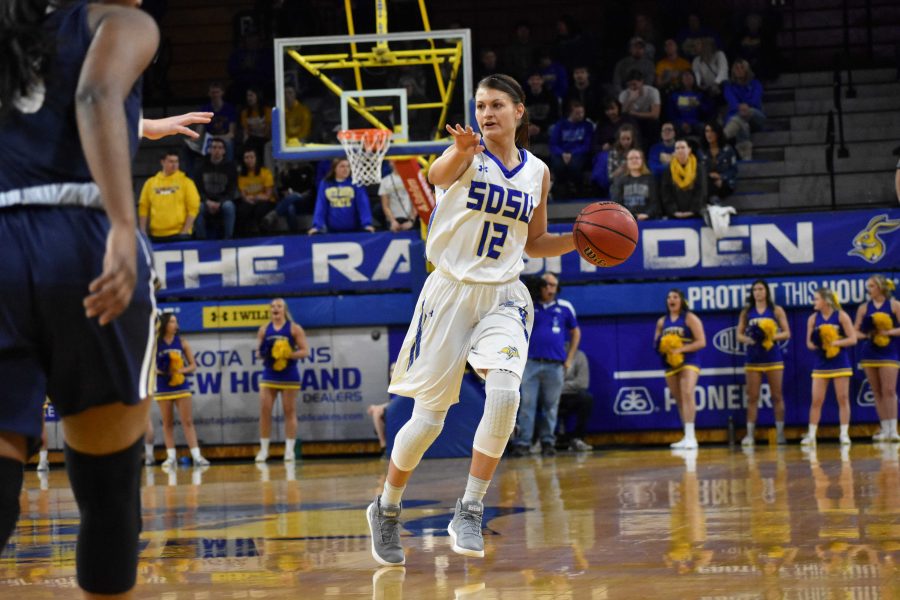 Senior guard Macy Miller was one of the 35 names that appeared on the initial Wade Trophy watch list.

The Wade Trophy is presented by Women’s Basketball Coaches Association to the best NCAA Division I women’s basketball player.

“It’s no surprise that Macy will be looked at on a national level,” South Dakota State head coach Aaron Johnston said. “Being on the Wade (Trophy) watch list is about as prestigious as it comes in women’s basketball.”

Through four games this season, Miller is averaging 19.5 points and 6.3 rebounds a game and leads the Jackrabbits in both categories.

Miller is the first Jackrabbit and Summit League women’s basketball player to be nominated for the award according to www.gojacks.com. She is one of only five members of this season’s list to come from a mid-major program.

The 2018 winner, forward A’ja Wilson of South Carolina, was the first overall pick in this year’s WNBA draft.