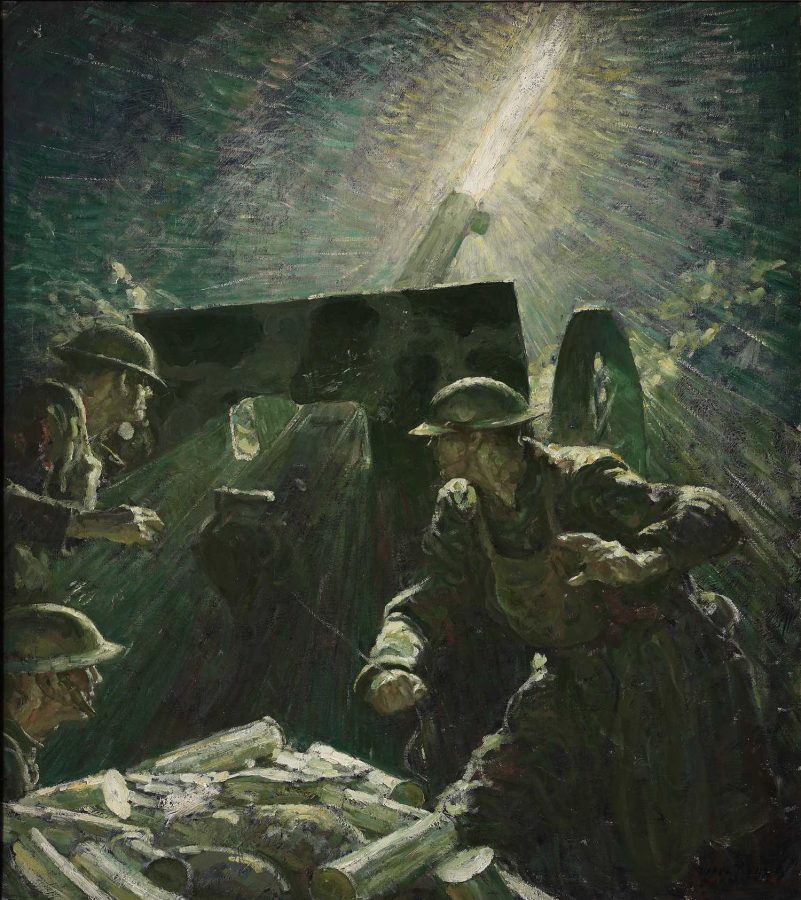 At 11 a.m. on Nov. 11, 1918, after more than 8.5 million military casualties, the Allies of World War I and Germany ceased fire, effectively ending what had been the bloodiest U.S. conflict up to that point.

One hundred years after the armistice that ended World War I, the South Dakota Art Museum is commemorating the anniversary with paintings and illustrations by South Dakota war artist Harvey Dunn.

The War Works exhibit features art from Dunn’s time as a war artist, as well as works he created before and after the war.

Last year, the collection was on display from March 31 to Aug. 27 to commemorate the anniversary of the United States’ entrance into World War I on April 6, 1917.

The War Works exhibit shown in remembrance of the armistice is larger than last April’s display because it contains seven of Dunn’s front-line illustrations on loan from the National Museum of American History in Washington, D.C.

“It’s a rare opportunity — it has been 16 years since we had them here and it will probably be a long time again before you can see those kind of pieces that were made right there while he was in service,” said Jodi Lundgren, coordinator of exhibitions for the South Dakota Art Museum.

Before commissioning with the American Expeditionary Forces, Dunn attended South Dakota State University, which at the time, was called the South Dakota Agricultural College. His roots in South Dakota led him back to the state a few times after the war, which is ultimately why the South Dakota Art Museum came to own so much of his collection.

Dunn was invited to showcase 40 of his paintings at the annual Old Settlers Day in DeSmet, South Dakota — an exhibit that was only supposed to be active for a few weeks.

Thousands of people expressed interest in the exhibit, and it remained active throughout the entirety of the summer.

“The reality is that Dunn was just so moved by the response in his home state of people to his works that he ended up donating that collection to the people of South Dakota,” Lundgren said.

SDSU became the caretaker of the paintings in 1950, and for 20 years Dunn’s works hung on the walls of the Student Union.

In 1970, after much deliberation about where to build the South Dakota Art Museum, Brookings was ultimately chosen because of South Dakota State’s collection of so much of Dunn’s art.

Since then, the collection has tripled in size to nearly 140 works, which Lundgren said makes it possible to see the effects of war on Dunn’s artistic style.

“When he went to war he said that he wanted to depict the blood and the loss — he really was into depicting the spirit of subject matter,” Lundgren said. “Not just the picture, but really the humanity of it.”

Dunn’s art rotates through different exhibits every three to six months, and his War Works collection will be on display until Feb. 9, 2019. Admission into the museum is free.