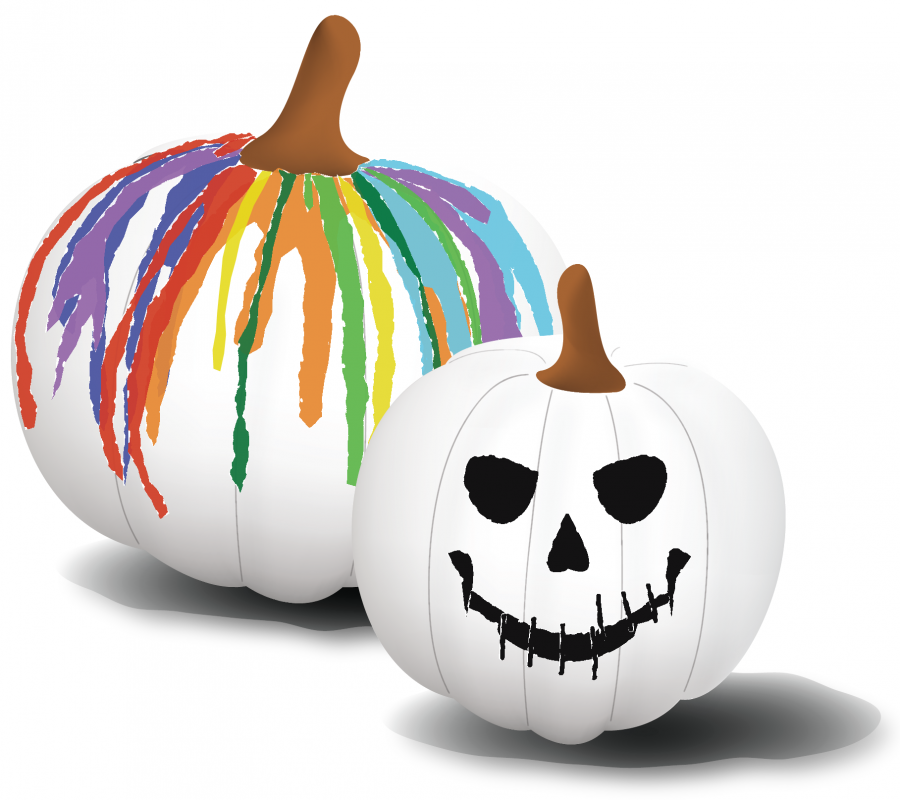 It’s not fall without pumpkins. Period. Although the season can proceed without carving pumpkins.

Carving pumpkins is a traditional autumn activity that even the least of fall enthusiasts can partake in. It’s a messy ordeal — wherein scooping slimy, stringy pumpkin guts out may become just too much work. Plus, once the pumpkin is scraped clean and the face is carved out, the final masterpiece only lasts a few days before starting to sag and rot.

So, the solution is a simple one: don’t carve pumpkins. You can be just as creative with half the mess and relish in double the longevity of your creation.

The first no-carve option requires few supplies and minimal effort. Sometimes all you need to give your pumpkin some spice is paint.

That’s what junior architecture major Sydney Reedy used when she created a Jack Skellington pumpkin from the “Nightmare Before Christmas” using a couple of different sized brushes and black and white paint.

“It maybe took about a half hour and that’s it, which is why I personally like painting pumpkins more than carving them. It is just less messy and doesn’t take as long,” Reedy said.

Using paint makes it easy to recreate characters from movies, add quotes and sayings, patterns and even jack-o-lantern faces. Adding glitter to the pumpkin’s stem and using leaves as stencils are also cute ways to decorate and add dimension.

A second, slightly different alternative is a classic rendition of the melted Crayon paintings.

This one is fairly simple and straightforward. All you really need is a pumpkin (duh), Crayons and a hair dryer. It helps if you have a white pumpkin, but if you only have an orange one you can simply paint it white and you will be good to go.

Next, tape some unwrapped crayons around the stem of the pumpkin, put the hair dryer on the hottest setting and watch the magic happen.

The final project should look like a waterfall of colors dripping down your pumpkin and is sure to be an adorable decoration in your dorm or apartment.

A third no-carve option gets even cooler when the lights are off and requires glow in the dark paint.

Again, this one leaves an infinite amount of room for creativity and with the pumpkin as your canvas, any design you create is going to stand out.

Junior medical laboratory science major Libbi Koester used glow in the dark paint to paint a cat on her pumpkin for her nephew’s birthday.

“I painted it black first and then I used glow in the dark puffy paint to fill in the eyes, nose and mouth,” Koester said. “It looked really cool when the lights were turned off and just certain parts were glowing.”

So, whether it’s using paint, glow in the dark puff paint, Crayons or any other crafty tools, don’t let the mess of pumpkin carving keep you from partaking in the festive fall festivity.