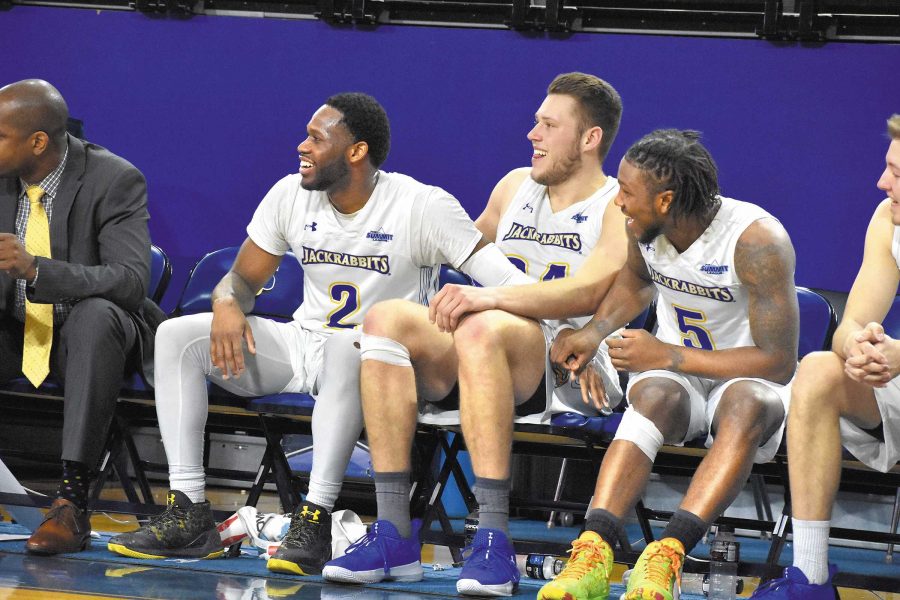 Just like that, the South Dakota State men’s and women’s basketball team will be back in Frost Arena.

The defending Summit League Basketball Tournament champions are back will host the third-annual Jackrabbit Tipoff starting at 7 p.m. Oct. 17 at Frost Arena.

Featured in the night of entertainment will be a slam dunk contest, a Jackrabbit shootout and a three-point contest as well as team introductions, video features and one-on-one interviews with players and coaches.

Otzelberger said the tipoff will help break the monotony the team has from the daily practice grind and serve as an opportunity for the “guy to get out in front of the fans.”

“To be able to see the fans, to know what it is going to feel like in Frost to have that energy is a huge boost to our enthusiasm so we’re excited for an awesome turnout and a great event, Otzelberger said.

Otzelberger isn’t sure of who will participate in each event, but he said fans should be excited regardless of who is in them.

The women come into this season ranked No. 1 in the Summit League women’s basketball preseason poll after winning their eighth Summit League Championship as a program.

Three of their five starters from last season will return for 2018-19, including redshirt-senior guard Macy Miller, who with 1,717 career points, is 171 points away from becoming the program’s all-time scoring leader and is close to reaching her 2,000 career points milestone.

The men, the top-ranked team in the Summit League men’s basketball preseason poll, will look for their fourth consecutive Summit League Championship.

They will be led by senior forward Mike Daum, who decided to return to South Dakota State after declaring for the 2018 NBA Draft without hiring an agent last summer.

The women begin their season at home on Oct. 25 with an exhibition game vs. Concordia (Neb.) and will start their regular season on Nov. 6 on the road against Marquette.

As for the men, an exhibition game against South Dakota Mines Nov. 1 is the first game on their schedule as Grand Canyon kicks off the regular season for the Jacks less than a week later on Nov. 6. Both games will be at Frost Arena.

“Our fans being out there with great energy has been awesome,” Otzelberger said. “It’s a great learning opportunity for our guys to understand the impact they can make on the community.”