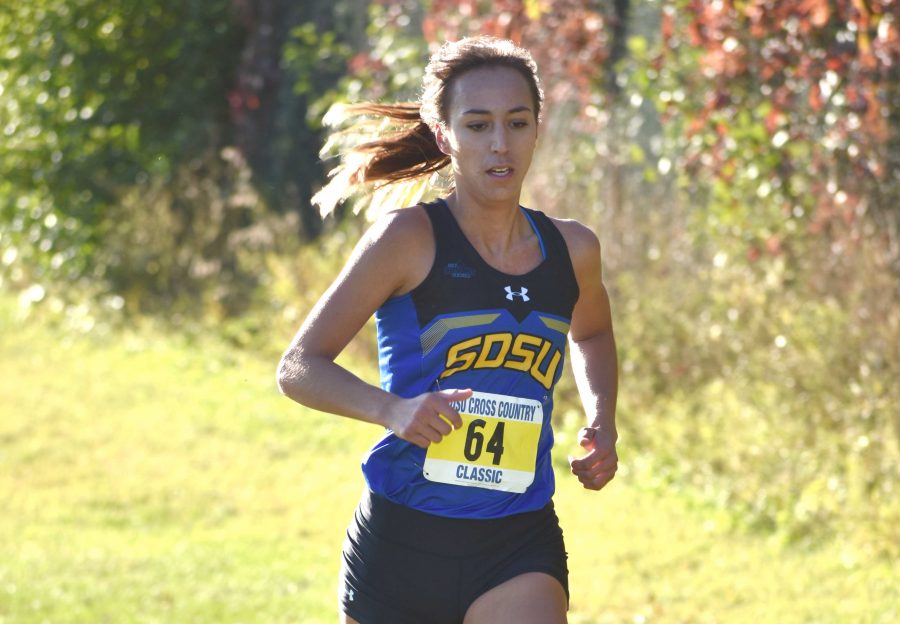 It will be a busy Saturday for the South Dakota State cross country teams as the program will split for the Pre-National Invitational in Madison, Wisconsin and the Ron Pynn Classic in Grand Forks, North Dakota.

This year’s Pre-National Invitational hosted by the University of Wisconsin will take place at the Thomas Zimmer Championship Course.

According to uwbadgers.com, the site of the meet features an exterior loop of approximately 2,500 meters and an interior loop of 1,000 meters. Both loops cover the area’s rolling hills and valleys, while the outside loop also runs through a section of dense woods.

The 2018 NCAA Championships will be held at the same location on Nov. 17.

This will be the second consecutive year both teams will participate in the Ron Pynn Classic, which is hosted annually by the University of North Dakota at Ray Richards Course in Grand Forks.  It will be a split squad affair and selection will be up the discretion of head coach Rod DeHaven.

The course is set up as a 5K for the women and 8K for the men. Last season, the Jacks competed against UND and North Dakota State. The women finished in second place and the men finished third.

The Jackrabbit men were recently ranked No. 11 in this week’s U.S. Track and Field and Cross Country Coaches Association Midwest Regional poll, the only team from the Summit League ranked in the top 15.