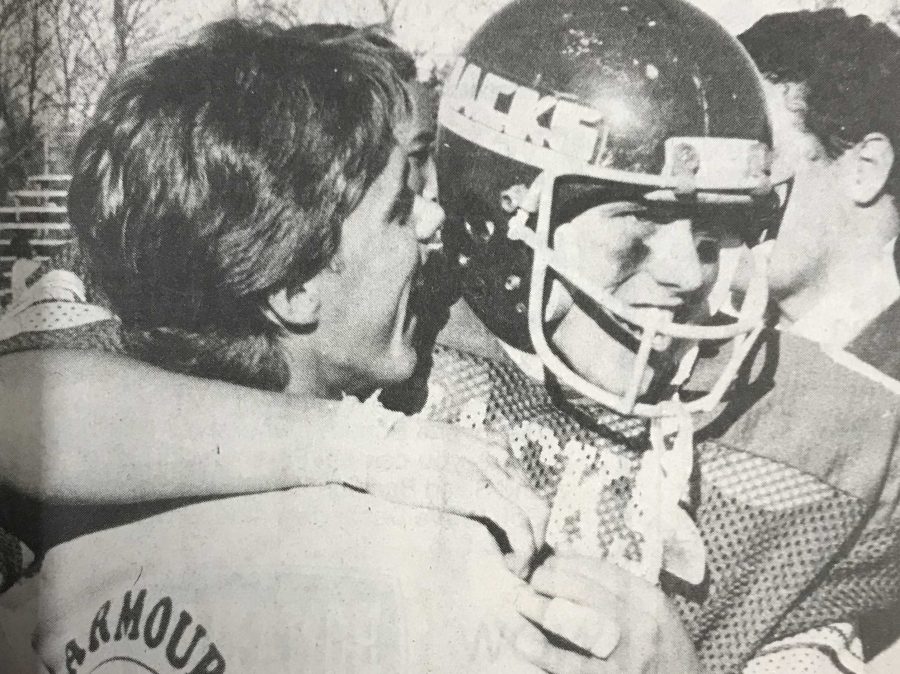 This will be the third time the Jacks will play the Panthers on Hobo Day. The teams have split the two previous meetings with UNI winning the last one 10-7 2015.

“I think it ties into the university more now that we brought back the tradition and big game aspect to it,” Stiegelmeier said. “They don’t have a special place in the press guide for the opening game, but they do for rivalries and Hobo Day. So it [Hobo Day] is a chance to make your mark on history.”

This will be Stiegelmeier’s 21st Hobo Day game.

SDSU has an overall record of 60-38-5 on Hobo Day, but have lost three out of their last four.

SDSU has played South Dakota the most out of any school on Hobo Day, as they have played 31 times, but have not played since 1991.

There have been many great Hobo Day games in the last 104 years. With the help of SDSU alumnus, Keith Jensen, who has gone to every Hobo Day game since 1971, here’s the top five:

SDSU led USD 21-14 midway through the fourth quarter when USD intercepted a pass in the end zone. The Coyotes then scored a touchdown and converted a two-point conversion to take a 22-21 lead.

The Jacks came back with a 14-play drive and Dan DeLaHunt hit a game-winning field goal.

“So it [Hobo Day] is a chance to make your mark on history.”

This one would have been higher had it not been a tie, but it is probably the craziest ending in a Hobo Day game.

The extra point from George Medchill was blocked, but NDU was offsides. This allowed the Jacks a second chance at it and Medchill kicked it through, ending the game in a tie.

This game was a back-and-forth affair. The score was tied at 17 in the fourth quarter when SDSU’s Andy Rennerfeldt connected with Steve Hieden for a 68-yard touchdown.

UNO drove down the field to tie it and lined up to take the lead with 51 seconds left on a 36-yard field goal. The field goal was good, but UNO was flagged for an illegal motion penalty. The field goal was then missed from 41 yards and the Hobo Day game went to overtime for the first time ever.

The teams traded field goals, sending it to a second overtime. That was when Paul Kosel missed his second field goal of the game. SDSU got the ball next and Brett Gorden made a 23-yard field goal to give the Jacks the win.

“This one I remember because they had to have a couple extra sessions,” Jensen said. “It was interesting that their kicker missed two field goals and we were able to take advantage of it.”

This game was a wild one due to one factor: the weather. The game started on Saturday when the Jacks took the field against Morningside.

Morningside had a 6-0 lead at halftime, before SDSU’s D.J. Wessel recovered a punt in the end zone in the third quarter to tie the game at 6. SDSU took a 13-6 lead after a 78-yard touchdown pass from Shane Bouman to J.D. Berreth.

With 9:01 remaining in the game, the teams went to the locker room because of lightning. The game was postponed until the next day.

When they resumed play, Morningside scored a touchdown late in the fourth quarter. SDSU’s Doug Miller blocked the extra point and the Jacks hung on and won 13-12 in a game that spanned two days.

“I remember this one because of the lightning and being upset that we had to evacuate. But I think I was more mad because of the way we were playing against Morningside,” Jensen said.

This game is ranked first due to the implications of the game. USD came into the game undefeated and ranked No. 1 in Division II and beat the Jacks 33-18 earlier in the season.

SDSU came out red hot. Quarterback Mike Busch threw a touchdown and ran for one as well. Kicker K.C. Johnson added three field goals and the Jacks were up 22-0.

USD scored two touchdowns in the fourth to put them within two scores, but the Jacks got a safety and put the exclamation point on a huge rivalry victory.

“This was the best one because of the ranking and the way we handled them from start to finish,” Jensen said. “It was what you would call a thrashing.”