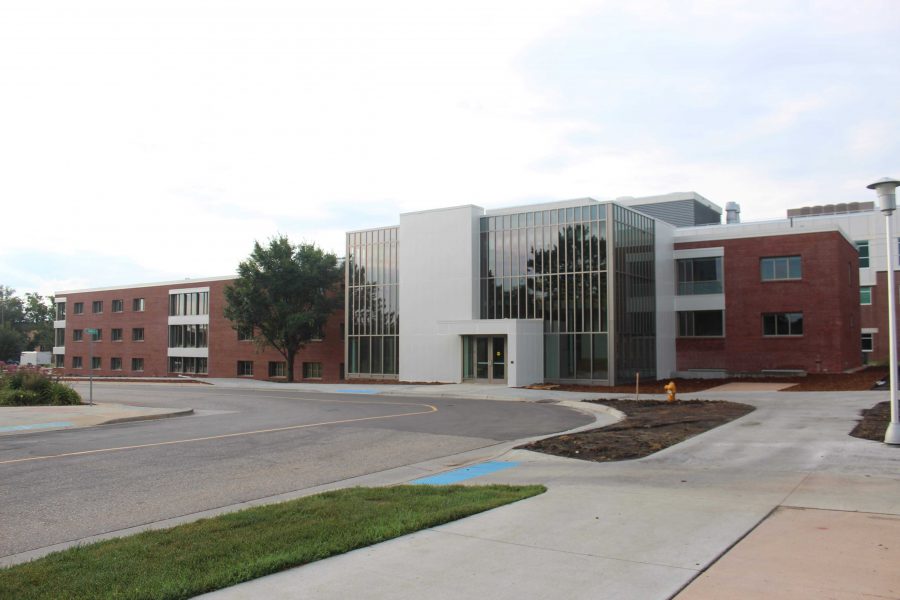 After years of surviving brutal South Dakota winters without the sweet warmth of occupancy, Harding Hall’s renovation has finally been completed.

From housing students to lying vacant and most previously housing economics department, Harding Hall has seen a lot since its construction in 1954.

Harding Hall is named after former professor and history department head Albert S. Harding. He graduated from South Dakota Agriculture College in 1892 and returned to teach in 1897 — until his death in 1952. He oversaw the university’s history and political science work and was more of a teacher than a researcher during his tenure, according to a university-archived publication titled “A History of South Dakota State College 1884-1959.”

In 1954, two years after the death of Harding, a new men’s residence hall was constructed bearing his name. It was built for $457,000 and was the last dormitory on the SDSU campus to be built wholly using state appropriations.

In 1970, Harding Hall was converted into departmental offices.

Emeritus Vice President of Finance and Chief Financial Officer Wesley Tschetter, who worked with Harding Hall in every stage of its use, said the building’s design “hadn’t changed one bit from when it was built and from when the renovation finished.”

The interior couldn’t be changed much because of the ceiling height, Tschetter said. But some walls were taken out “here and there” to make space for electrical engineering labs.

The Board of Regents approved the Harding Hall renovation in December 2016. The funding threshold was met by allocating a combination of budgeted university maintenance and repair funds with operating funds. With funding secured, the $8.3 million project began.

“The challenges with this project was the perception of Harding Hall, it being an old dormitory, along with the aesthetic. People did not see value in it,” said project architect for SDSU Jonathon Meendering.

Harding Hall had sat vacant since the College of Engineering moved into Daktronics Hall in 2013. Sitting abandoned caused problems for the renovation, as many of the repairs stemmed from damaged brick.

A main focus for the new design was to increase the height of the eight-foot ceilings from the old building.

“The floor to floor height was minimal because they didn’t have to consider depth work in the building, getting all these into the building and not feeling claustrophobic were major hurdles to overcome,” said Meendering.

However, Harding didn’t change completely as the renovation kept the original exit stairs and curved stairs.

Meendering added that a curved stairwell was one of the original architectural feats that had to be kept to maintain the aesthetic feel.

The main stairs kept the original terrazzo flooring from the original building as well. Other than that, Harding Hall was completely gutted allowing for a new floor plan and amenities to suit the economics department.