Volleyball looks to get in ‘W’ column after three straight losses 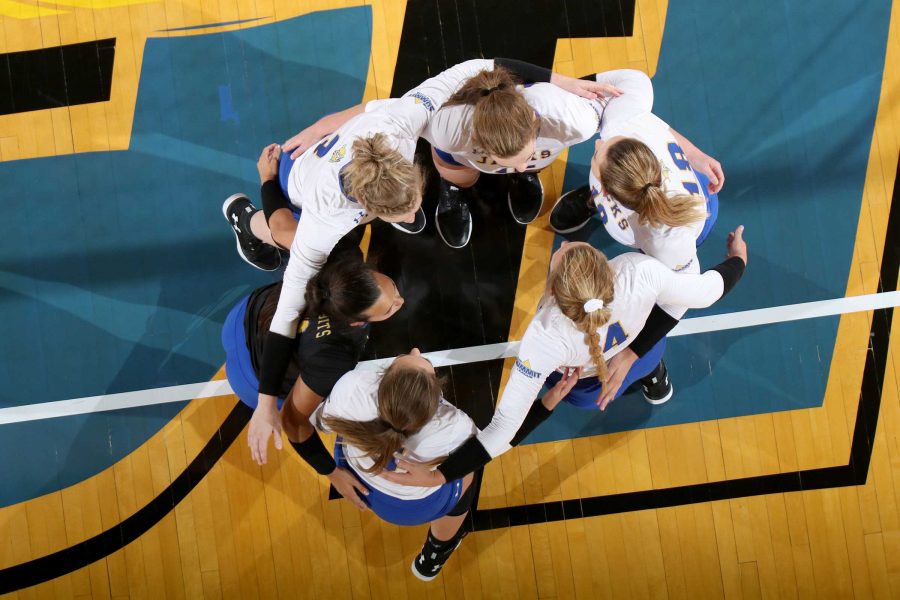 After 18 straight losses in Summit League play for the South Dakota State volleyball team, the Jacks look to flip the switch this weekend.

The Jacks (3-12, 0-2) dropped games to the Omaha Mavericks and Denver Pioneers this past weekend.

The Jacks opened conference play in Frost Arena last Friday night as they stormed out to an early lead — taking the first set against Omaha before losing the next three sets.

“We came out and played great in set one,” fourth-year head coach Nicole Cirillo said. “Then we doubted ourselves and let them back in. Some of that is the reality of a young team and not knowing how to win, which we are continuing to push and strive towards consistency.”

The scene in Denver looked the same, as the Jacks lost in three sets to the Summit League-leading Pioneers team.

“They did exactly what they were supposed to do. They responded and executed their game plan,” Cirillo said. “Skill-wise, we’re just as good. We have the pieces to be successful, we’ve just got to figure out how to put them together and win.”

SDSU will look to use their two losses this past weekend as learning experiences to put the pieces together and be successful.

NDSU (2-11, 0-2), the last-place team in the Summit League and dropped games to both Omaha and South Dakota in their conference opening weekend.

This season, the Bison roster has only one senior and two juniors.

McKenzie Burke, the lone senior outside hitter, looks to lead the young team comprised mainly of sophomores and freshmen. Burke has scored 109.5 points this season for the Bison and is third on the roster.