Dean finalists for the College of Arts, Humanities and Social Sciences

The three finalists for the dean of the College of Arts, Humanities and Social Sciences will be one campus in the next two weeks.

Each candidate will interview and meet with university leadership, deans, researchers, faculty, students and staff. There will be open forums for each candidate to engage with other key stakeholders, including community and university members.
These are the candidates: 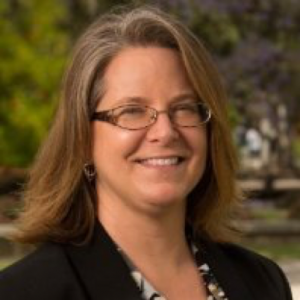 Sargeant has served as associate dean for student relations in the College of Humanities and Social Sciences at California State University, Fullerton since August 2014. She is responsible for all student work with a college of approximately 7,500 undergraduate students and 700 graduate students.

Her responsibilities include leading the college’s student success team and directing the college’s experiential learning programs that include study abroad, Study Away and the Cal State D.C. Internship program. She also manages the college’s assessment and program accreditation efforts and college-level enrollment management.

Sargeant’s research focus has included Russian social and cultural history, the role of cultural organizations in the community and the history of education with an emphasis on music education. She wrote “Harmony and Discord: Music and the Transformation of Russian Cultural Life,” which was published by Oxford University Press as part of its “The New Cultural History of Music.” Sargeant was awarded the 2012 Béla Bartók Award for Outstanding Ethnomusicology Book from the American Society of Composers, Authors, and Publishers.

Sargeant will interview Monday, Sept. 24 and Tuesday, Sept. 25. Her public open forum will be held from 9 to 10 a.m. Tuesday in the Pheasant Crest Room (253) in the University Student Union. To view the open forum, click here. 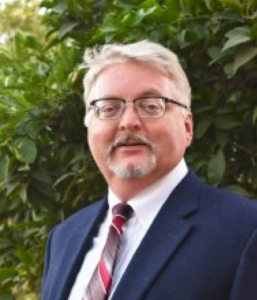 Glendening has served as the dean of the School of Music at the University of Redlands in California since 2004. He oversees 16 full-time faculty and 22 adjunct faculty, and was responsible for adding three master’s degree programs. During his time as dean, he has increased the number of majors from 78 to 185.

Glendening has been involved in accreditation and assessment during his time as dean, leading the School of Music through two successful reaccreditations from the National Association of Schools and Music in 2006 and 2016 and the California Commission for Teaching Credentialing in 2007. He is a trained site visitor and team leader for the national association.

Glendening is an active innovator of interactive music. He has premiered, performed and recorded many works for computer and instruments and lectured on interactive applications at the University of California, Berkeley, the University of North Texas and the Eastman School of Music in Rochester, New York. He is the inventor of the Magneto Restrictive Slide Position Sensor that allows for direct integration between a trombone and computer for both performance and pedagogical study.

Prior to his current position, Glendening was chair of the Department of Music at Denison University in Granville, Ohio, and served as a faculty member at both Morehead State University in Kentucky and Northeastern Illinois University.

Glendening will interview Wednesday, Sept. 26 and Thursday, Sept. 27. His public open forum will be from 9 to 10 a.m. Thursday in the Herold Room (253C) in the University Student Union. To view the open forum, click here. 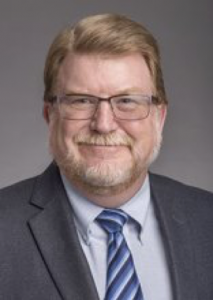 Knight served as dean of the College of Humanities and Fine Arts at California State University, Chico from August 2013 to June 2018. During this time, he provided administrative oversight to seven academic departments, four community-university auxiliary organizations and more than 200 faculty and staff.

Knight was responsible for hiring more than 20 tenure-track faculty, raising money for a 74,000-square-foot multiuse facility for the college that opened in 2016, working with faculty to develop and revise new curricula and with admissions to increase the number of majors offered.

Before his time at Chico State, Knight served a variety of faculty and administrative appointments at the University of Wisconsin-Eau Claire. He most recently served as the associate vice chancellor for undergraduate studies from 2011-13, the director of the first-year experience program in undergraduate studies from 2009-13 and the department chair for music and theater areas from 2005-11.

Knight will interview Monday, Oct. 1 and Tuesday, Oct. 2. His public open forum will be held 9 to 10 a.m. Oct. 2 in the Pheasant Crest Room (253) in the University Student Union. To view the open forum, click here.