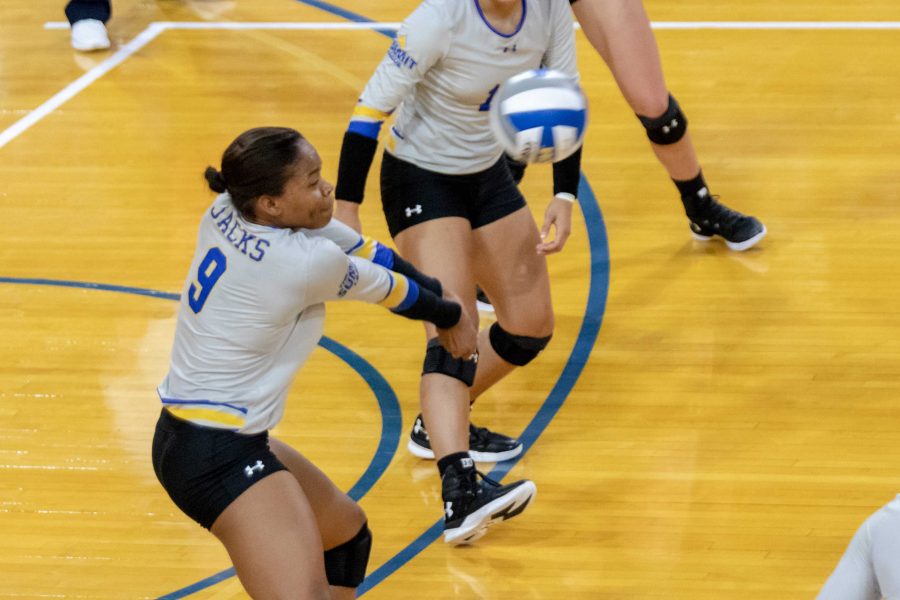 For the first time since Sept. 16, 2017, the South Dakota State volleyball team won a match.

The Jackrabbits (2-8) found success this past weekend beating UMass Lowell to open the Drake Invitational in four sets and Eastern Illinois in five highly competitive sets. The team lost two games in three sets to both the Drake Bulldogs and Iowa Hawkeyes.

“We started slow against UMass Lowell,” head coach Nicole Cirillo said. “It wasn’t given easy, we had to fight through and then we excelled to win our first match.”

The team, after winning their first match, then went on to play an undefeated Drake squad competitively. Even though they lost in three sets, they were narrowly defeated – losing by five and then two points twice.

“Drake was a blast, I know we lost in three, but the scores were close and looking at it statistically you don’t lose many matches hitting like we did.” Cirillo said. “At the end of the day it was a phenomenal loss.”

The Jacks didn’t let the loss slow their momentum as Saturday morning they faced off against Eastern Illinois University. The match was competitive the entire way through as the teams traded wins until the Jacks took the fifth and final set 15-8 to cap off a hard-fought victory.

“Saturday we had to work a little harder for it,” Cirillo said. “To go down two sets to one and come back and win in five was huge for us and another great sign showing we are learning how to fight and finish sets.”

Senior middle blocker Payton Richardson was a key contributor in the EIU win.