‘It brings us all together:’ Hobo Day tagline 2018 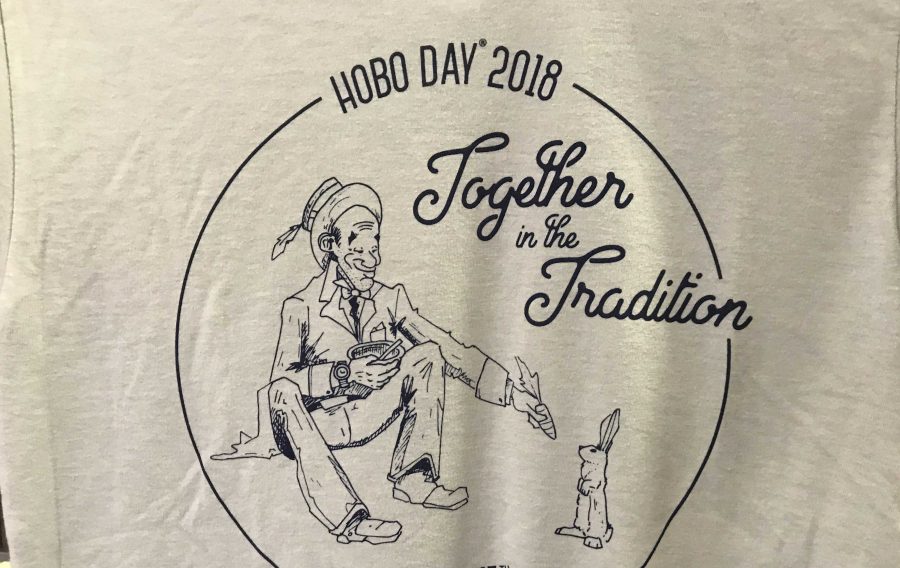 The largest one-day event in the Dakotas is returning to Brookings this October with a new tagline.

The 2018 Hobo Day tagline imprinted on the official button reads “together in the tradition,” a tagline that Grand Pooba Miranda Mack believes is a good description of the events.

Hobo Day, SDSU’s homecoming, has brought students and faculty as well as the residents of the Brookings area together every fall since 1912.

“It brings us all together,” Mack said. She agrees that the Brookings community is “absolutely” supportive of Hobo Day and the tradition it brings.

Many events during Hobo Week focus on community involvement. These include Paint the Town, where local businesses volunteer their windows to be decorated with Jacks designs, and Bum-A-Meal which involves residents and faculty members inviting student hobos into their homes to “bum a meal” off them.

Other favorites according to Mack include the Bumfire, a relatively new tradition taking place behind the stadium after Bum-A-Meal, and the One Month Club, where students and staff refrain from shaving their legs and facial hair for 30 days.

Mack said the One Month Club is a “super old” tradition and that her father was featured in the yearbook as an award winner for softest beard during his time at SDSU.

However Hobo Day committee members aren’t the only ones who see the value of tradition and feel the excitement building for October.

Despite both of his parents attending the University of South Dakota, Hummel said participating in the traditions of Hobo Week is important.

“It’s good to honor the alumni and keep the tradition alive for future generations,” Hummel said.

Despite Hummel’s enthusiasm for October, Mack said that sometimes students may not realize just how close some Hobo Day events are.

“Some events require pre-registration,” she said. Due to the nature of the events, Bum-A-Meal and One Month Club are two specific examples that require an advanced notice.

Regardless of what it takes, Hummel believes students should do their best to participate however they can.

“It’s for school pride. Why go to a college if you don’t want to be a part of their culture?” Hummel asked.

Part of that culture, according to Mack, includes collecting all four Hobo Day buttons from your time in college.

“A lot of alums are super proud of their buttons,” Mack said. “You gotta have the button.”

The 2018 button was designed by Thomas Bates. Two years ago, while working at BluePrint, he designed the Six Month Club poster. When he saw his design being used on a trifold in the Union, he approached the table.

Bates said Mack asked if he was interested in designing the Hobo Day button and he accepted. He created a unique design that the Hobo Day Committee approved.

“I don’t think any other button has ever had a hobo and a jackrabbit on it,” Bates said. “The hobo that I drew was just another version of Weary Wil.”

The official Hobo Day button can be found in the Bookstore for only $2.

A full list of Hobo Day merchandise can be found in the Bookstore, and Hobo Day events can be found online on the SDState website or in the Hobo Day Committee office in the lower level of the Union.