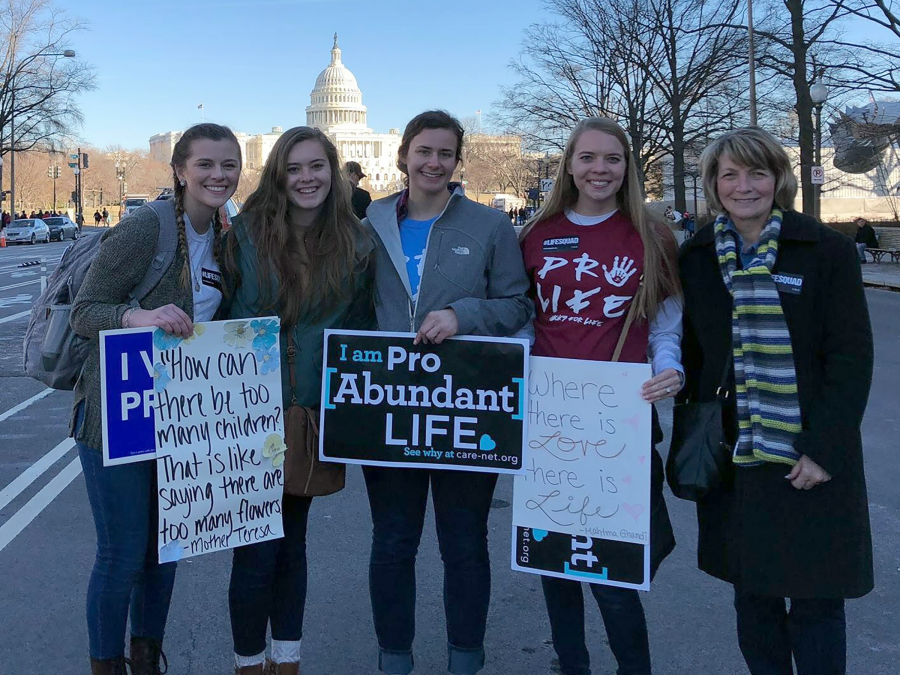 Sitting in the Lewis and Clark Room in the Student Union, the Paintball Club discusses their recent trip to a nearby paintball field, the adrenaline they felt and when their next trip will be.

According to Devin Cressy, the president of the club, not a lot of students know SDSU has a paintball club but thanks to the Student Engagement Expo, the word got out and around 40 people showed interest.

“I’m excited to take this club somewhere it hasn’t been before,” Cressy said of student interest. “The past few years we have been a little slower and it’s a boost in numbers I’m happy to see.”

The recreational club that has been around since 2009 is a group of people who enjoy paintballing and travel to paintball fields like Paint the Farm in Bridgewater.

During the semester, the club travels to different fields in the area every other week. Club fees are $20 and are due when a person joins.

The Paintball Club meets at 8 p.m. Wednesdays in the Lewis and Clark Room in the Student Union.

“Paintball club is really unique because it’s one of the only sports clubs and it’s open to anyone to join,” Cressy said.

The CubeSat Team is a club on campus that is made up almost entirely of engineering students.

One of the clubs advisers, Marco Ciarcià, wants students to know that you don’t have to major in engineering to join.

“We are aiming at a very diverse group … any major is welcome and there is always work to do and we want to include as many students from as many majors,” Ciarcià said.

The club focuses on bringing out students’ passion for aerospace engineering projects and providing students with a way to learn about the different projects.

The students start with small satellites and eventually lead up to a high-altitude balloon, which is what they are going to be working on throughout the semester.

“We meet weekly and the students group up and work on specific subsystems of the mission,” Ciarcià said. “It could be the structural, complication or sensor part … they all work together and brainstorm different ideas for us.”

Another club on campus that might not be as well known is I AM THAT GIRL SDSU. President Bryanna Laite said the club focuses on women’s empowerment, discussing specific topics and being a close group of friends to other women on campus.

Laite, a sophomore leadership and management of nonprofit organizations major, has been a part of the club for one year and recently became president.

The club spends its time speaking about issues related to women, but also discusses topics like gun violence and how to cope with stress.

Outside of meetings, the women involved actively see one another.

“We like to attend movies that have to do with what the club is about and a lot of us actually hangout as friends, look out for each other and help each other with homework,” Laite said.

Clubs and organizations like I AM THAT GIRL take time every week to sit down and talk about important issues in the world, which is what another organization on campus, Jacks for Life, does.

Jacks for Life is an organization that advocates for pro-life and reaches out to students to inform them and help them find alternative options for abortion.

Senior human biology pre-med major, Sidney Snyder is the president of Jacks for Life and has been a part of the organization since she was a freshman.

Throughout the year they also take part in different activities like informational table events in The Union and the March for Life.

“We also made blankets with the people at the nursing home and donated them to a pregnancy center so it kind of gets the older and younger generations involved,” Snyder said.

Snyder said that joining or knowing about the organization opens up the discussion.

“Whether or not someone is pro-life it is still good to know both sides and to know truly for themselves what is the right answer,” Snyder said. “Jacks for Life is a really good opportunity to learn more.”

These are just some of the 200 clubs and organizations. To see what other clubs are offered at SDSU check out Jacks Club Hub.