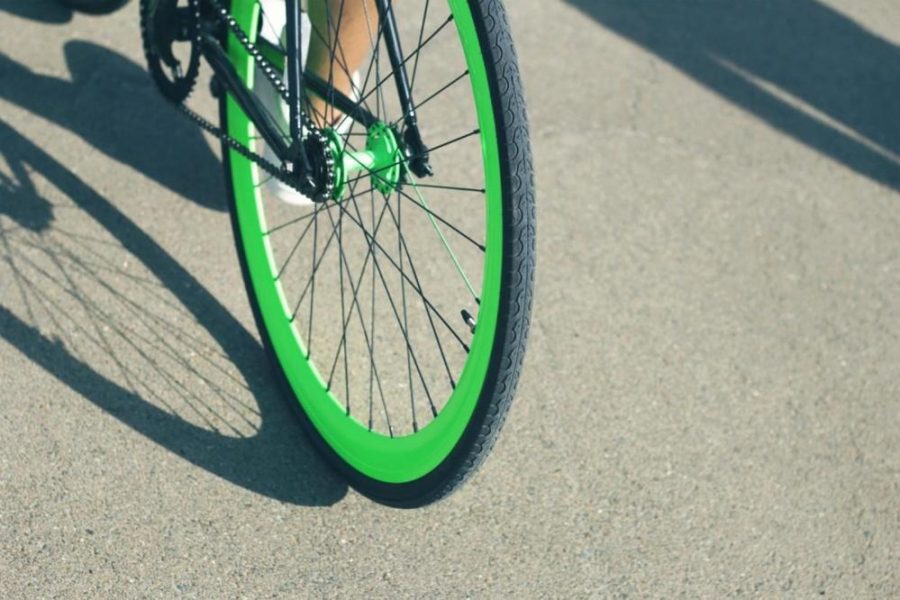 Students’ Association started discussing plans for a bike-share program last year and in cooperation with the city of Brookings chose VeoRide from the extensive list of other potential bike-share companies.

Brookings has a one year contract with VeoRide to bring bike share to SDSU’s campus and the Brookings community. VeoRide altered its contract so Brookings wouldn’t have to commit to anything longer than a trial year.

Dockless bikes will be placed at various places on campus and around Brookings, making them easy to take from one place to another without having to lock them into a bike rack.

People can either pay for the bike after every ride, or they can buy day, week or semester packages for a fixed rate.

Rides cost 50 cents for every 15 minutes of use. Once a rider has reached their destination, they can either end their running meter in the app, or they can continue paying to hold the bike for a specific amount of time, ensuring nobody else will take it while they are away.

“So, if people are worried about going to Wal-Mart, and then someone at Wal-Mart taking their bike, then they can hold it for a certain amount of time that way when they’re done shopping they know it’ll still be there,” said SA’s bike committee representative at-large senator Kaitlyn Frank.

Gears inside the bicycles lock up to prevent them from being ridden unless a barcode is scanned and a bike is activated by the VeoRide app.

The app will highlight where open bikes are on campus and around the community.

Senator at-large and bike committee member Amber Alvey said the app will function similarly to Tapingo, in that students have the option to either use their credit card or their Hobo Dough as automatic payment.

Other bike-share companies, like LimeBike, cost a substantial amount of money for universities to bring onto campus. But VeoRide is coming at no cost to the university, and after the trial year SDSU can opt out of the contract if it feels VeoRide is not the best fit for the community.

The company will benefit directly from the cost of individual rides, and will advertise with businesses in Brookings. 20 percent of VeoRide’s ad revenue will go back to the city and to campus.

Bike maintenance will also come at no cost to the university.

There is an option in the app for students and community members to annotate any deficiencies they find with a particular bike, and the maintenance will be handled by a local bike shop that VeoRide contracts with.

VeoRide will also hire students and community members to work for the company as bike ambassadors.

Frank said the bike ambassadors will be responsible for ensuring the bikes aren’t scattered around Brookings and to “reset” things in and around campus.

The VeoRide app has precautions put in place to
ensure people are held accountable for what they do while they are in possession of a bike.

“They have the ability to track who’s not utilizing the program well and then be able to permanently shut that student’s account off or give them a 30-day window where they can’t use VeoRide until they are able to understand the rules and regulations, just so that campus isn’t trashed with bikes,” Alvey said.

During the winter months, VeoRide will take the bikes off campus and store them until spring.

Alvey said she thinks the bike share has potential to be successful if people follow
basic safety precautions of
riding a bike and being a good pedestrian.

Brittany Kleinsasser, a manager at Spoke-N-Sport in Brookings, said as a bike enthusiast her goal is to always expose new people to biking and make sure they have a safe place to ride.

“We teach ABC quick check,” Kleinsasser said. “Air, make sure there’s air in your tires. Brakes, make sure your brakes are functioning well. Chain, make sure that’s tight and strong.”

Though there’s more to making sure a bike is in good condition, Kleinsasser said performing the basic ABC quick check is an efficient way to make sure a bike is reliable enough to ride for a short period of time.

Every person who registers to use the VeoRide app has to agree to a liability statement, which says it falls on neither the university nor the company if something were to happen to a person while riding the bike.

Kleinsasser said part of bike culture is simply being educated on how to be both a good rider and pedestrian by staying aware of your surroundings.

After much deliberation, Alvey said VeoRide was the best fit for Brookings.

“Overall, VeoRide has great versatility, a good price, no cost to the university and the ability to tailor it to SDSU,” she said.