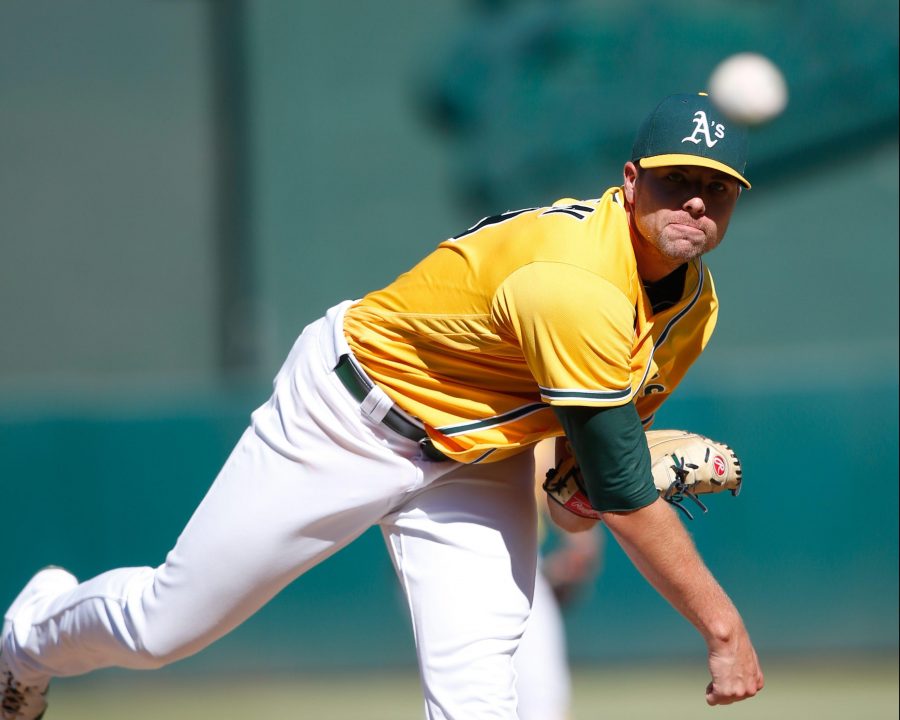 South Dakota State alum and current Oakland Athletics closer Blake Treinen is having his best season and was ­­­­selected to his first All-Star game this past June.

One season after being traded from Washington to Oakland, Treinen has put together a stellar season.

Treinen leads all closers in Major League Baseball with an earned run average of 0.87 while allowing 41 hits in 62 innings pitched. Treinen has struck out 86 batters, which is good for a career high.

In 36 save opportunities, Treinen has converted on 32 of those saves and has blown just four saves.

Opposing batters have struggled to hit Treinen’s improved sinker. He has brought down his earned run average on that specific pitch over .100 points from .331 to .238.

Treinen has also found a new high with his four-seam fastball by throwing a career-best at 100.3 mph, his cutter has reached a top speed of his career with a 96.2 mph. Treinen has also mixed in an improved changeup that opposing batters have a .111 batting average against.

The success for Treinen has transferred to his new team, the Athletics, as they are currently 74-50 and one game behind the reigning champions, Houston Astros, in the AL West.

Oakland has since bolstered their bullpen with the additions of former Met, Jeurys Familia and former Twin, Fernando Rodney.

A chance to see Treinen and the Athletics in the area is quickly approaching as they are scheduled to face the Minnesota Twins Aug. 23-26 at Target Field.