Once a hobo, always a hobo: alumni ‘welcomed home’ 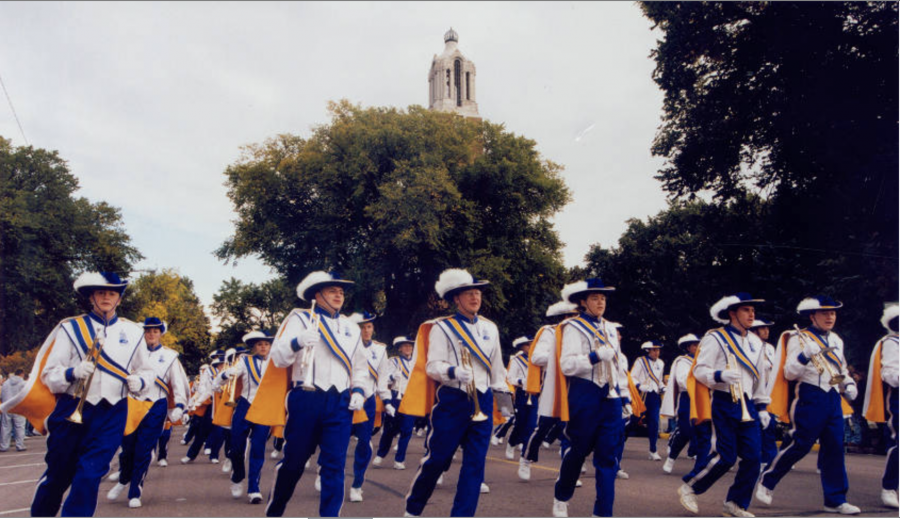 But at 94 years old, after missing only a dozen or so celebrations, that’s not hard to imagine.

Roberts is a 1948 South Dakota State graduate and treks from his family’s farm in Ashton to watch the football game and Hobo Day parade each year — a 126-mile drive.

“I’m a Jackrabbit,” said Roberts, whose wife, children and grandchildren also attended SDSU. “I come back every time I can.”

But that’s just one story out of the thousands of SDSU alumni traveling across state lines to as short of a walk down the block to celebrate Hobo Day in Brookings. This migration of hobos connects this year’s theme, Homeward Bound, to those graduates across the United States.

This isn’t a surprise for graduates themselves, according to Alumni Association President and SDSU graduate Andi Fouberg. SDSU was a place for alumni to learn and grow as adults.

“Most of us would choose to come back to college in a heartbeat if it was offered to us,” Fouberg said. “That’s not being offered to us, so coming back for Hobo Day gives us a chance to relive some of those memories, sharing some of that and making new ones.”

Whether that’s attending the football game, tailgating with old classmates or watching the parade — Fouberg believes the energy among the crowd is tangible throughout the celebration.

Her favorite part of Hobo Day, as a former member of the Pride of the Dakotas, is watching the parade.

“The minute you start to hear that drum beat come down the street, that’s just when the level of excitement internally rises immediately,” Fouberg said. “Your heart races a little bit. It’s spectacular.”

Roberts, who favors the football game and thinks “they can junk the rest of it,” would still stand among the crowd to watch floats drive by. His daughter, Ellen Boekelheide, has only missed one or two Hobo Days since her own daughter attended SDSU and played in the Pride like she did.

“Even though I graduated at Northern, my heart was still a Jackrabbit,” Boekelheide said.

The Pride is one of the main reasons Wayne Hopkins comes back to Hobo Day from Arlington, having only missed five celebrations.

Hopkins plays tuba in the alumni band every five years, reminiscent of his time marching in the Pride and his high school band in the Hobo Day parade.

“I feel at home on campus even though it’s not my home anymore,” Hopkins said.

The change of the leaves, the changing layout of campus and how old friends have grown draw alumni back to SDSU each year, according to Fouberg.

“The number of times you will hear someone shout or see the running hug of two people who haven’t seen one another in a long time is just a great kind of ‘welcome home’ environment,” Fouberg said. “You feel like you are being welcomed home.”