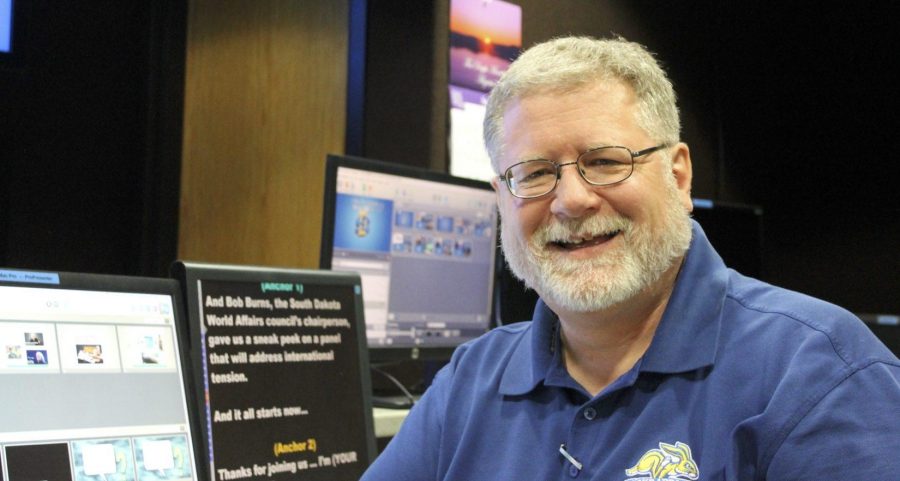 Lowell Haag, is the coordinator of the Yeager Media Center at South Dakota State University.

The “Five minutes with” series focuses on an SDSU faculty, student or member of the Brookings community.

Q: What do you do for your job?

A: As I work for an enterprise service center, the role changes on a daily basis. (My role) could be on a Thursday directing a live television show, other times I am going out with a camera and a reporter. I’m the videographer, I’m the editor, I’m doing graphics and all kinds of different things that are behind the scenes in video and in television production.

Q:  What’s your favorite part about your job?

A: A successful broadcast. As my former boss, Pete Egart at South Dakota Public Television used to say, “If you get in on time, get out on time, you have been successful and anything that happens in between (the live show) is the icing on the cake.”

It really honestly helps take the pressure off because if you screw up in the middle of a live broadcast you’ve screwed up. Don’t focus on the screwup and move on to the next thing, because in a live broadcast there’s always something new coming.

Q:  What brought you to your position at Yeager Media Center?

A: Getting fired … I worked at South Dakota Public Television until about June of 1995. At that point they closed the studio up here in Brookings, which is a way of getting fired. But at the same time there was a new employer at SDSU they appointed me the guy to stay in Brookings and do these television programs that I’ve already been working on.

Q:  You work with students at Yeager, why hire students?

A: Students are hired at the Yeager Media Center because, one, we need more bodies to do our jobs. Plus it gives them real-world experience in a hopefully safe environment to learn before they graduate and go into the harsh real world where one or two mistakes end up getting you fired.

Q: You’ve done it all, so what’s your favorite form of journalism?

A: Some are more fun than others. When I was in high school and started as a proofreader at that weekly newspaper, and then got a still camera in my hand. Oh, taking pictures was a dream.