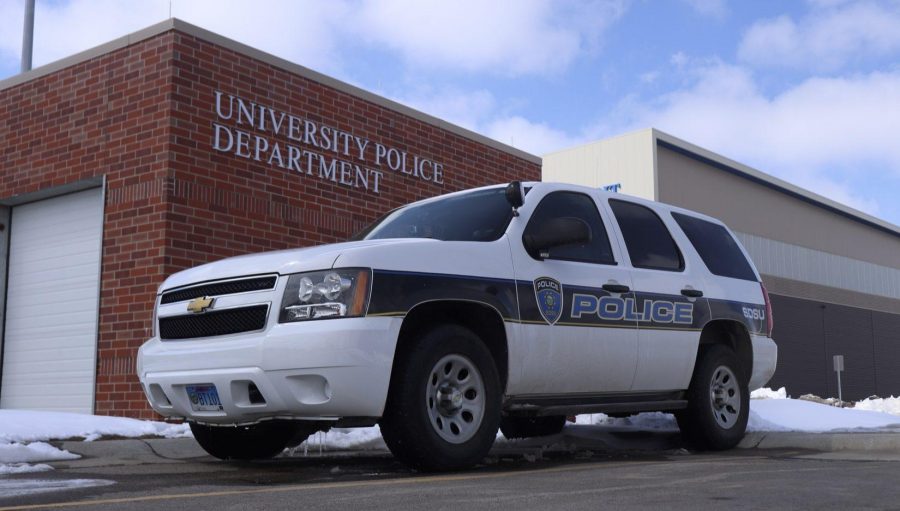 South Dakota State University was recognized as the 22nd safest campus in a list of 100 U.S. universities for 2018. It was the only South Dakota school to be named in the list from the National Council for Home Safety and Security.

According to the Annual Campus Security Report, last year there were 30 on-campus crimes reported. Those crimes include rape, burglary and fondling. The National Center for Education Statistics notes the national crime average for universities at about 35 incidents per year.

Nearly all accredited state schools were accounted for when creating the list, barring schools with enrollment under 10,000 students.

In addition, the city of Brookings was named the second-safest city in South Dakota this year, coming in behind Brandon. The website notes Brookings’ violent crime rate at less than half of South Dakota’s average.

Chief Timothy Heaton said his UPD officers are constantly being put through training to ensure they are best suited to interact with the public and deal with any situation that may arise.

Five years ago the university began to engage the entire campus community in a dialogue surrounding safety, said Michael Adelaine, vice president for Technology and Safety at SDSU.

Amber Alvey is a senior communication studies student and a senator for Students’ Association. She also chairs the SA Safety and Security Committee and has been pushing efforts to increase safety on campus.

Alvey and the committee work to maintain the Blue Light Emergency Phones around campus, communicate with UPD on behalf of students and propose legislation that would improve safety conditions on campus.

“I think this is a really great accomplishment for SDSU and something that we should all take pride in because we all have a role on campus to help make this a safer place,” Alvey said. “So I take pride that SDSU was named 22, but we also know we have more work to be done to work with faculty and other students.”

Heaton said the best way to improve safety conditions on campus was if every student took up the issue for themselves in their own lives on campus.

“To me, I think we are one of the safest campuses in the country because our students choose not to make this a crime-oriented campus,” Heaton said. “It’s when people kind of let things slide that situations can get out of control and bad things happen. But I would have to put half of the credit on the fact that our students are out there doing good.”