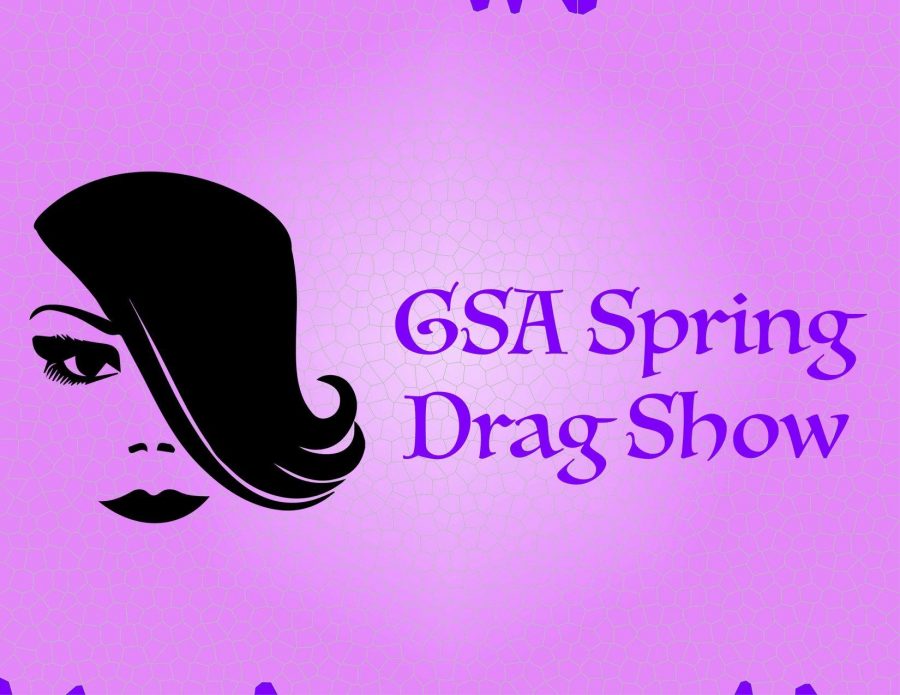 “We’re born naked, and the rest is drag,” RuPaul said in “Lettin it All Hang Out: An Autobiography.”

Shows like “RuPaul’s Drag Race” and “The Queens of Drag: NYC,” makes drag less uncommon as it was many years ago.

South Dakota State University is having an event similar to these TV shows, called the Amateur Spring Drag Show.

The event allows individuals to perform in their utmost drag for one night a semester.

Margeaux Gaiani, junior sociology major and GSA secretary, described a drag show as culture and a subset of the LGBTQ+ community, which involves men dressing as women and women dressing as men.

The performers typically lip-sync or dance on stage dressed in what some call “full glam.” They wear makeup, wigs and lots of glitter.

The GSA spring semester show is the amateur show, where SDSU students can audition to perform alongside a few professional drag kings and queens, most of whom are coming from Minneapolis to perform.

“We put on drag shows because they are obviously fun … also because it is such an important part of our community and history, especially in a place like SDSU,” Gaiani said.

The drag show brings diversity and something new to students and even community members in Brookings.

“The culture of drag has been around since Shakespearean times, and the rise of drag today shows off that culture and community,” said Maitlyn Jordan, vice president of GSA and junior medical laboratory science major.

Jordan said LGBTQ+ individuals put their own twist on drag, which has become a bigger deal thanks to pop culture.

“There are big personalities, wigs and great performances in our drag show,” Jordan said. “It’s not just a man dressing as a woman; it’s cultural and a lot of fun.”

GSA’s version of the show is no different than any other drag show, except this event invites students to experience drag for themselves.

“The professional kings and queens that come in are always more than willing to help the amateurs with their makeup and get ready for the night,” Jordan said. “It is almost like a drag 101 for people.”

It takes months for the GSA executive board to plan and organize the spring drag show.

“We’ve been planning this since last year … it takes a lot to get the professionals here, auditions set up and finding a date to have it.” Gaiani said.

GSA also hosts a fall semester show that is mostly professional drag kings and queens with a few amateur students who perform as well.

Sophomore advertising and public relations major Shania Biers went to the event last spring and said it was a fun and engaging experience.

“I like the student connection when they’re performing, you can hear people in the crowd cheering them on,” Biers said. “It’s also important for people who might be small-minded and find the humor in this and enjoy it.”

The professional kings and queens that will perform are Brandonna Dupri Lareese, Kamaree and Tyler T. Love.

This story has been corrected from its original version, which listed Margeaux Gaiani as GSA’s treasurer. It now  accurately states that Gaiani is the secretary of GSA.