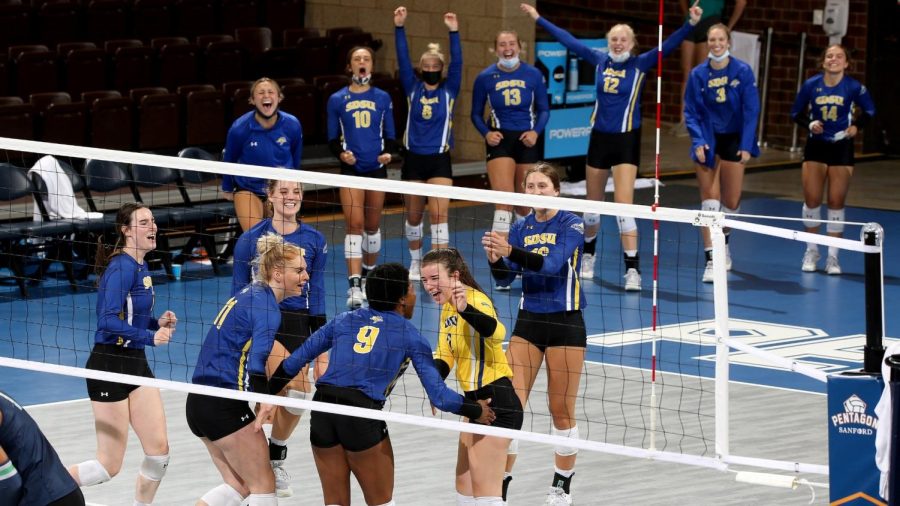 The Jackrabbits are off to a 6-6 record after playing in a host of non-conference tournaments. In their conference home openers against Denver and Omaha, they will have two true tests, but coach Dan Georgalas is confident.

“Denver and Omaha have been perennial teams at the top of our league for multiple years now,” Georgalas said. “We have really grinded and played well, and we feel more prepared for Summit League play than we ever have.”

Denver (6-5) was picked first in the Summit League coaches poll and are currently sitting at second in the country in blocks per set averaging 3.13.

Denver’s Lorrin Poulter, a senior setter, was tabbed as a player to watch heading into the season. She leads the team with 360 assists, while graduate transfer Jordan Lockwood has a team high with 116 kills. Brianna Green leads the way in blocks with 62 and earned Summit League Defensive Player of the Week honors last week.

“They’re super talented, they are going to be a physical team, super organized with their blocking schemes,” Georgalas said. “We’ll make sure to prepare for their size and their attacking and their level of talent.”

The Jacks will then face Omaha, picked third in the conference preseason poll. The Mavericks travel to Vermillion to take on the Coyotes before heading north to Brookings. The defending Summit League regular season champions are 5-5 this season.

“They lost some pieces, and again they have played a really tough schedule to start, but another program that’s kind of been there in that big moment.” Georgalas said.

Leading the way for the Mavericks is Shayla McCormick with 155 kills. She anchors the defense with 123 digs. Then Sami Clarkson comes in first with 430 assists. Jaiden Centeno has a team-high with 152 digs, while McKenna Ruch follows behind with 63 blocks.

“When you look back at our non-conference, you would’ve hoped for a couple extra wins. We finished 6-6, but six of our first 12 matches were 5-setters.” Georgalas said.

For the Jackrabbits, Crystal Burk had 57 kills last weekend, moving into sole possession of eighth place in SDSU career kills (1,279) and sixth in Division I this season with 210. Jadyn Makovicka has over 1,000 digs in her career and Elyse Winter also served up a career-high three aces against North Florida.

The first serve against Denver is set for Thursday at 7 p.m. in Frost Arena. The match against Omaha will start at 1 p.m. Saturday. You can stream both games live on Jackrabbits All-Access and listen live on KSDJ Radio on 90.7 FM or KSDJRadio.com.