Million-dollar project not ‘glamorous,’ but crucial 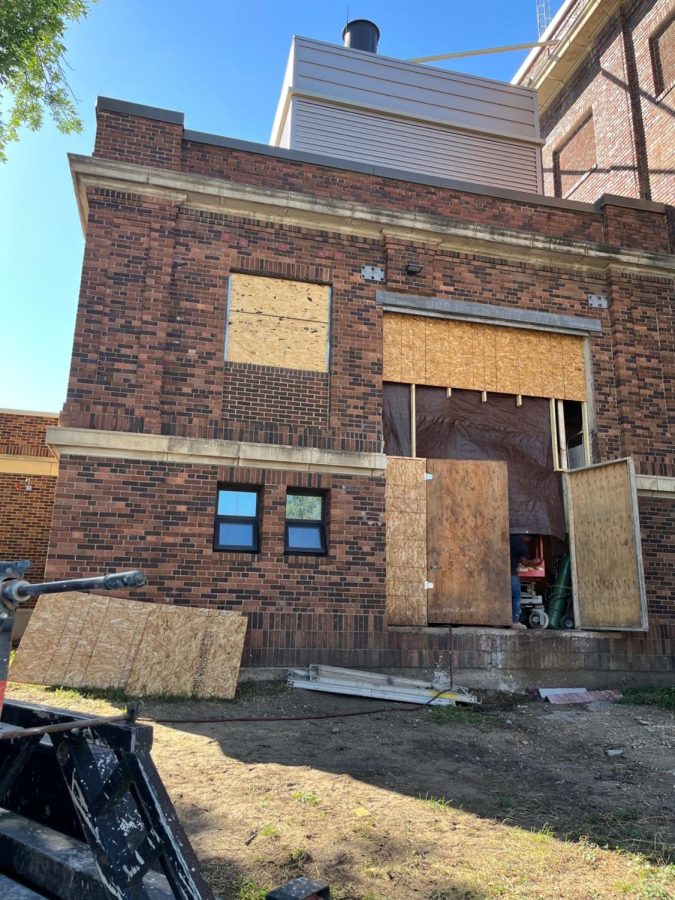 A $1 million project designed to make sure heat keeps flowing to South Dakota State University residence halls, classrooms and offices should be completed by the middle of October.

This project is taking place at the Central Heating Plant (CHP), which is just east of the Avera Health and Science Center. There, boiler No. 8 is being repaired to serve as the new backup boiler for the heating plant, according to Robert Milbrandt, senior mechanical engineer for Facilities and Services.

The boiler was built in 1999 and has heated campus for over 10  years until it had problems with tubes leaking. Milbrandt said that repairs are now being made to the boiler, and by next month, it will be functioning as the new backup boiler.

“This project may not be as glamorous as a wrestling addition to the SJAC, or as impressive as the First Bank and Trust Arena, but it is equally important,” Milbrandt said.

The CHP currently has two main boilers: No. 9 and No. 10. These boilers heat campus by burning natural gas, which then heats water in the boilers and produces steam. That steam travels out of the CHP through underground pipes to each of the buildings it heats. Milbrandt said that the CHP is responsible for heating approximately 75% of campus.

The current back-up boiler is No. 6, which was constructed in 1968. If something were to go wrong with one of the main boilers, it would be up to No. 6 to continue to supply heat. But, since No. 6 has become so old, there are doubts about how reliable it would be in an emergency.

“If boiler 6 were to fail in the middle of winter, we would not have any back-up boiler capacity, which would not be a good situation to be in,” Milbrandt said.

According to Barry Mielke, the associate vice president for Facilities and Services, there would also be a lack of hot water and convenient means of cooking food in the kitchens.

Repairs to No. 8 were supposed to begin in March. Milbrandt said that some supplies arrived late because of supply chain issues. The steel, windows and make-up air unit didn’t come right away, so the project didn’t start until April.

To get No. 8 functioning, 580 fire tubes within the boiler were replaced, Milbrandt said. These tubes allow heat to reach the water so that it can be boiled and steam can be produced.

The university is also renovating the CHP building itself. An overhead door is being built on the southeast side of the CHP. No. 8 sits directly on the other side of that door. A cement pad is going to be constructed outside the new door so that the boiler can be rolled out, making future repairs easier.

“We need to provide reliable heat to campus for our domestic water use, research, food operations and occupant comfort,” Milbrandt said. “We are investing in our heating plant to improve its reliability, efficiency and safety so that we can heat campus for years to come.”