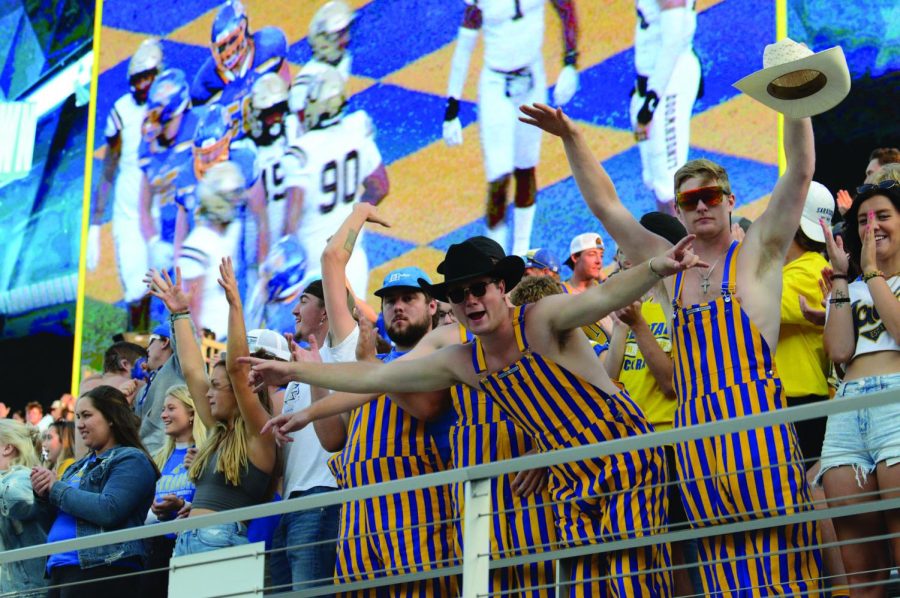 Football game days are about to get a little more interesting this fall with the arrival of the long-anticipated alcohol sales at Dana J. Dykhouse Stadium.

After the Board of Regents unanimously approved a bill authorizing alcohol sales at sporting events for all six BOR universities in June, South Dakota State University officials, the athletic department and the new food service provider, Sodexo, got to work creating a plan for this year’s football season.

“We’re super excited about it, I think it’ll add to our game day experience,” Christi Williams, the associate athletic director for operations, said. “It’s something that our fans have been waiting for for a while.”

Starting Sept. 10, during the first home game against UC Davis, there will be three beer kiosks located in the east, west and south concourse of the stadium. Anyone, regardless of age, will need to have their ID with them to get a wristband and hand stamp before purchasing from the kiosks.

There will be tents set up at tailgating locations and in the stadium for fans to receive a wristband and stamp after presenting their ID for no additional charge. University officials are encouraging people to get their wristbands at the tailgate to cut down on the lines.

“Another very important thing is we ask everyone to just have their ID on them at all times, even if you already have your wristband and your stamp. Just have your ID on you at all times, no matter what,” Williams said.

SDSU’s new food service provider, Sodexo, will be serving the alcohol. They are currently looking at 10 different alcohol options that will include domestic and craft beers and seltzers. All transactions at the alcohol kiosks will be card only; cash and SDSU student meal plans will not be accepted.

The university and athletics worked with the University Police Department to ensure everyone’s safety. However, Williams said that national research suggested the number of alcohol-related incidents decreases at these events because people are less likely to binge drink before the game begins if they can pace themselves during the game.

In terms of alcohol sales for other athletic events at Frost Arena or Erv Huether Field, the athletics department is concentrating its efforts solely on Dana J. Dykhouse’s alcohol sales during football season this year.

“It’s not just athletics that’s working on this, it’s the university, the entire university, and UPD and Sodexo and I think we have a great team from all those. They’re all certainly prepared to handle whatever happens,” Williams said.