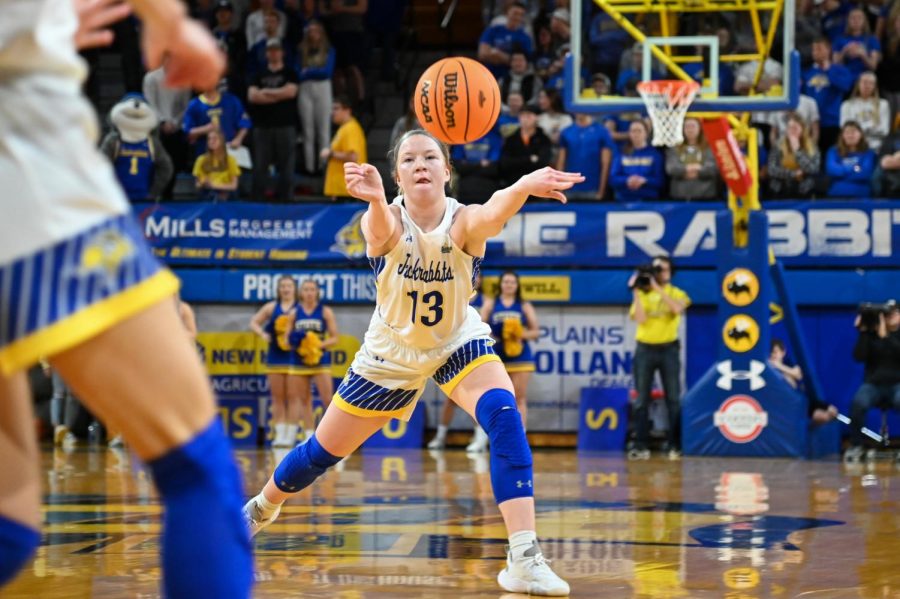 “We could not be more excited for another opportunity to showcase high-level women’s basketball in our state,” coach Aaron Johnston said. “South Carolina is an elite program and will be a great midseason test for our basketball players.”

Tickets for the game will be made available Sep. 13. The game will be the second meeting all-time between the Jacks and the Gamecocks with the first being in the first round of the 2013 NCAA Tournament. South Carolina won that game 74-52.

The SDSU women are coming off a historic season, becoming the winners of the WNIT after an 82-50 win over Seton Hall in the championship game. The Jacks went 29-9 on the season and 17-1 in Summit League play.

South Carolina went 35-2 a season ago, knocking out Connecticut 64-49 in the championship game of the NCAA Tournament.

The Jackrabbits will face off against the Oklahoma State Cowboys in Stillwater, Oklahoma to start the 2024 season.

The matchup gives SDSU an opportunity to play a higher level of competition as Oklahoma State is a member of the Big 12 Conference in the Football Bowl Subdivision (FBS).

“We are excited to face Oklahoma State in 2024,” coach John Stiegelmeier said. “Coach (Mike) Gundy has done an unbelievable job of maintaining excellence in the Cowboy football program. We will do everything we can to be ready to play our best.”

The Jacks opened the 2021 season with a win against an FBS opponent at Colorado State in a 42-23 victory in Fort Collins, Colorado.

The game against the Cowboys will be played August 31, 2024, at Boone Pickens Stadium and is the first-ever meeting between the two programs.

In Tempe, Arizona the game finished Friday in the 48th minute after inclement weather suspended the game from its initial time on Thursday. Maya Hansen scored the lone goal for the Jacks in the 16th minute and it was the 29th goal of her career.

Each team had 16 shots in the game. Hansen, Avery Murdzek, Laney Murdzek, Rachel Preston, Cece Limongi, Katherine Jones and Karlee Manding each had shots on goal for the Jackrabbits. Hailee Fischer and Jocelyn Tanner had three saves as goalkeepers.

In Phoenix, Arizona, against GCU, the game was knotted at zero until a goal from Avery Murdzek in the 83rd minute propelled the Jacks past the Lopes. It was the first-ever meeting between the two teams. Each team only had one shot on goal in 90 minutes.

The Jacks are 1-0-1 to start the season and look to finish out their three-game stretch in Arizona with a win against Northern Arizona Tuesday at 9 p.m.