Sodexo takes over campus dining after nearly 26 years of Aramark 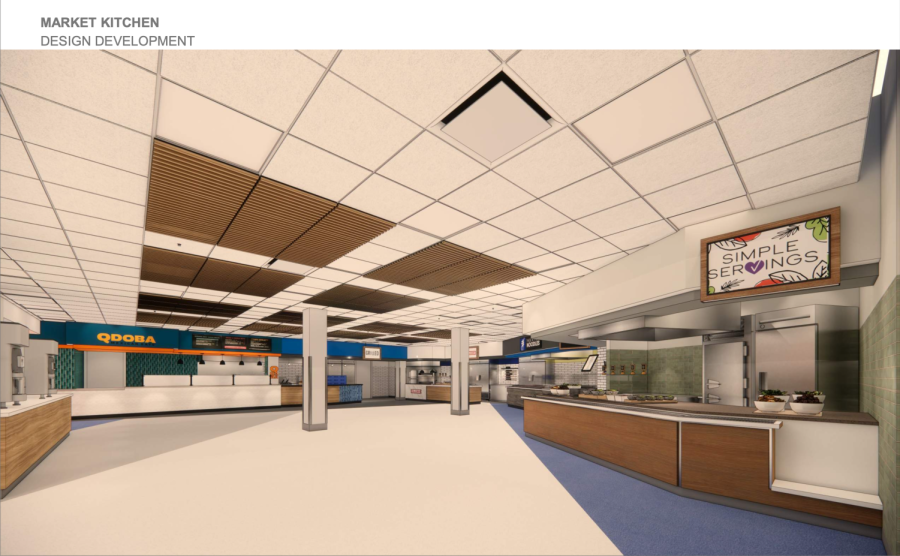 Rendering of The Market in the Student Union

Sodexo took over campus as the official food provider May 27, and there are many new changes for students to look forward to.

Originally, it was anticipated that Sodexo would take over campus dining July 1, but university officials thought it would be beneficial for Sodexo to have some experience operating before campus is full in the fall, said Douglas Wermedal, associate vice president for Student Affairs.

“They (Sodexo) are still trying to get fully staffed,” Wermedal said. “A big segment of their staff will be the students, and so they won’t be fully staffed until there’s an opportunity to work with the students who want to seek a position in the fall.”

Currently, the Dairy Bar and Larson Commons are fully operating on campus, and Starbucks will reopen in the next couple of weeks after employee training is over.

There are also plans to bring Caribou Coffee to the Union Coffee location and the Dairy Bar.

The Market in the University Student Union will be undergoing major renovations to include Qdoba, Wild Blue Sushi, Mein Bowl and a C-Store. The C-Store will be in the corner of The Market where the beverage coolers were.

The Weary Will’s location will continue operating as Shorty’s Hot Box for the foreseeable future, but the long-term goal will be to restore Weary Will’s regular operations said Wermedal.

The Erbert & Gerbert’s location in Larson Commons will reopen, while the Hanson Hall location will be replaced with two vending machines. Yo-Kai Express will serve ready-to-eat ramen and La Bread Xpress will serve fresh pastries, pizza and baked goods.

Another addition coming to campus will be a miniature food truck called a “tuk tuk truck,” said Wemedal. This food truck can be used to order catering for student organizations, larger events such as the Hobo Day Parade or sporting events. The tuk tuk truck will allow students to buy food using their meal plan.

“That one (the tuk tuk truck), I think, will definitely be a crowd-pleaser,” Wermedal said.

To stay up-to-date on all things regarding Sodexo and the new food options coming to campus, check back at sdsucollegian.com within the coming months.