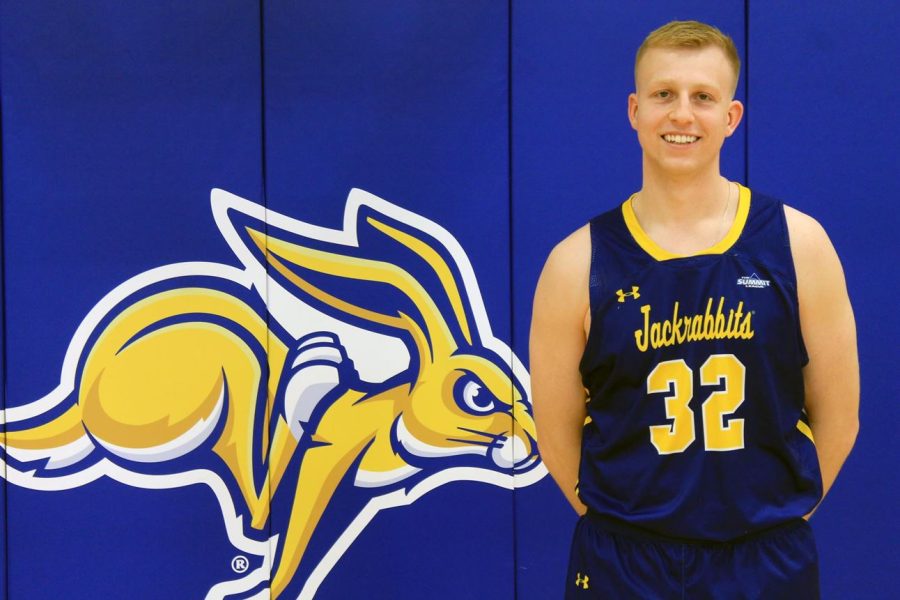 Matthew Mors transfers to SDSU after his freshman year at University of Wisconsin, Madison.

South Dakota State’s men’s and women’s basketball programs each got a shot in the arm last week, thanks to the transfer portal.

Yankton native Matthew Mors, one of the most highly decorated high school basketball players in state history, transferred from Wisconsin to SDSU. Then graduate Dru Gylten from Utah transferred to Aaron Johnston’s program where she will have one more year of eligibility remaining.

Here’s a deeper look into each player.

Mors transfers to SDSU from Wisconsin, where he redshirted last year. He will have four years of eligibility starting this fall.

“Their communication has stuck out to me over everyone else,” the 6-foot-7 forward told Dakota News Now. “I’m just as excited as those guys are, probably more excited just to get things rolling. To see (Frost Arena) packed full throttle, I was like ‘wow, this place is pretty special.’ And I thought that was the immediate thing that hit me.”

Mors played six varsity seasons at Yankton High School, earning all-state recognition five times. He earned the state’s Gatorade Player of the Year honor in each of his final three seasons with the Bucks. He was also chosen as the Argus Leader Player of the Year on three separate occasions.

He averaged at least 19 points per game in every varsity season in Yankton and helped lead the Bucks to the State Championship in 2016.

He will join a Jackrabbit team coming off a historic season in which they won a school and Summit League-record 30 games last season.

She then committed to the University of Utah in 2017, where she redshirted her freshman season. She then started four seasons for the Utes and averaged five or more assists every season. In the 2020-21 season, Gylten started all 15 games for the team before suffering a season-ending injury.

She finished her Utah career at the top in program history in assists.

“I just needed to be closer to my fiance and I wanted to still play basketball,” Gylten, who got engaged last month, said. “So coming home was kind of the best option for me. And I’m super happy and super excited for next year.”

Gylten joins a Jackrabbit program that finished 29-9 overall and was the runner-up in the Summit League Tournament. The Jacks then won the WNIT, its first-ever championship in the Division I era.

She is also joining a team that is in need of a point guard. Last season’s starter Paige Meyer is dealing with a season-ending injury she suffered late in the season and backup point guard Lindsey Theuninck decided not to take her final year of eligibility.